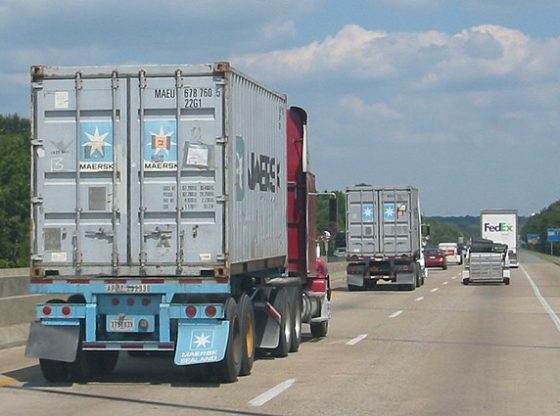 A semi-truck carrying a massive quantity of lethal drugs has now been seized at the U.S. border with Mexico. The truck reportedly contained a shocking 1.6 million tabs of the killer drug fentanyl. The drugs were reportedly hidden beneath a series of trap doors and secret compartment hidden throughout the truck.


Authorities at the southern border seized approximately 1.6 million fentanyl pills and other lethal drugs concealed inside metal boxes hidden underneath the floor and various trap doors of an 18-wheeler tractor-trailer Saturday at the Nogales Port of Entry in Arizona.

U.S. Customs and Border Protection Nogales Port Director Michael W. Humphries said in a tweet that a “massive amount of fentanyl pills” and other narcotics like cocaine and heroin were found and confiscated before crossing the U.S.-Mexico border.

The synthetic opioid, typically used to treat patients with chronic pain or following surgeries, has 100 times the potency of morphine, U.S. Drug Enforcement Agency (DEA) officials said. But with the amount of illegally produced fentanyl manufactured in clandestine labs, smugglers at the southern border have fueled a crisis that authorities have called “an epidemic hidden by the pandemic.”

The Buffoon at his best doing what is absolutely “STUPID.”

This is Not new , and QE AMERICANS NEED TO GO DOWN AND SECURE OUR BORDER!!!! NOW! AMERICANS ARE AT RISK FOR MANY DEATHS FROM THESE KILLER DRUGS!!! LOCK THE BORDER DOWN NOW, AND RELOCK THAT GATE THE FEDS OPENED!!!!