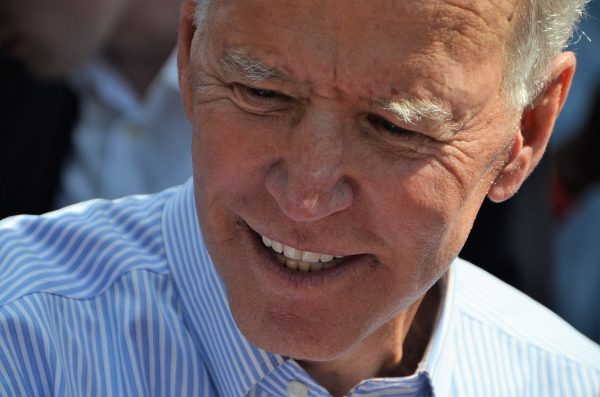 House Republicans are blowing the whistle on new Biden administration plan to create a position within the State Department to promote a global program “racial equity” and “countering disinformation.”

Critics say it’s just a ploy to use federal tax dollars to promote Critical Race Theory and silence dissent, on a global scale.


On June 17, 2022, the Biden appointed Desirée Cormier Smith as to be the State Department’s first “Special Representative for Racial Equity and Justice”

The new taxpayer-funded position is part of the State Department calls an “Equity Action Plan.”

According to media reports, the Special Representative will be tasked with “institutionalizing an enterprise-wide approach to integrating racial and ethnic equity.”

The position will also “counter disinformation,” committee Republicans report.  This comes just weeks after the Biden administration tried to create a “Disinformation Governance Board” within the Department of Homeland Security to shut down the spread of information the government deemed “disinformation.”  However, Biden’s appointee was a prolific left-wing activist and spreader of false information online, making clear to many it was all a scheme to censor conservatives.

“The Special Representative position continues the Biden Administration’s prioritization of a radical, progressive agenda the American people consistently reject,” House Committee on Oversight and Reform Republicans wrote in a letter to Secretary of State Anthony Blinken.

Republicans are demanding Blinken turn over all documents and communications about the scheme and meet with them for a briefing.

“Committee Republicans question the necessity of this new position. Further, we are concerned about wasting taxpayer dollars on an undefined role which categorizes and further divides Americans instead of focusing on the Department’s mission to ‘protect and promote U.S. security, prosperity, and democratic values and shape an international environment in which all Americans can thrive.’ The Special Representative is the latest evidence the Biden Administration is willing to devote time, funding, and other government resources to enact divisive policies,” Republicans wrote.

“The Special Representative makes the United States the global mouthpiece for divisive ideologies rather than democracy, equality, and freedom. As the American people struggle under the Biden Administration’s domestic and foreign policy, Committee Republicans question the value and wisdom of continuing to pursue an agenda grounded in waste and division,” the Republicans added.

The commiecrats like to stir the pot. They are racist who wants to hold the lives of people of color in their commie hands

If you think Biden and the Democrats are “communists “, you obviously don’t even know what communism is , just like so many other clueless, uninformed and misinformed Americans .
President Biden is no more a communist that Pope Francis is a Buddhist . Get a brain, get an education , and get a life !

How about charlettonville. Remember that?

OK whose gonna run this??

Democrats are domestic terrorists and need to be labeled as such