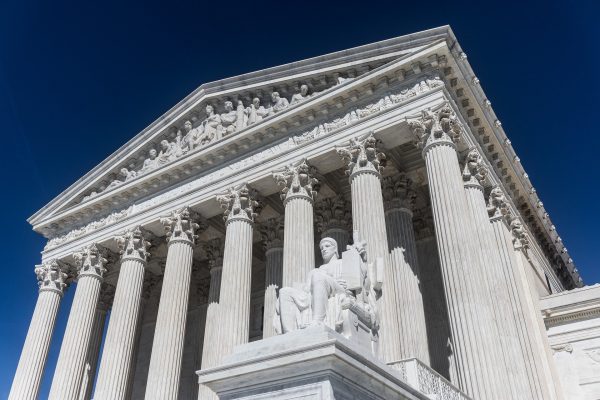 On Friday, the U.S. Supreme Court released a decision on the Dobbs v. Jackson Women’s Health Organization, which overturned the controversial 1973 decision Roe v. Wade. Roe legalized abortion on demand in the United States. The Dobbs case has now sent that decision back to the states. It also overturned the 1992 Planned Parenthood v. Casey decision.

The decision is 79 pages and there is an appendix. The ruling read, in part, “It is time to heed the Constitution and return the issue of abortion to the people’s elected representatives.”


The Court’s opinion was 6-3, with Justices Breyer, Kagan, and Sotomayor dissenting.

“We end this opinion where we began. Abortion presents a profound moral question. The Constitution does not prohibit the citizens of each State from regulating or prohibiting abortion. Roe and Casey arrogated that authority. We now overrule those decisions and return that authority to the people and their elected representatives,” Justice Samuel Alito wrote in the court’s opinion.

Protesters descended upon the Supreme Court Friday anticipating the ruling. There was a large police presence at the Court, with a line of police officers on bicycles surrounding the building. The strong police presence departed around 10:00 a.m. ET for unknown reasons.

Pro-abortion rights protesters held signs reading “abortion-on-demand without apology” and “I will aid and abet abortion.”

Pro-life protesters had bull horns and repeated, “abortion is murder,” “Black babies matter,” among other chants. They also held signs reading, “make abortion unthinkable,” as well as many signs that featured illustrations of unborn babies.

Radical pro-abortion rights group Jane’s Revenge is amping up threats of violence amid the Supreme Court’s imminent reversal of the 1973 decision Roe v. Wade. Now, across Washington, D.C. posters are being pasted on light poles threatening “riots” via a “night of rage” to protest the Court’s decision.

The Catholic Church has already prepared for radical pro-abortion rights proponents to vandalize Churches during a “Night of Rage” planned by Jane’s Revenge.

An internal document obtained by Newsweek outlines intelligence shared by the Department of Homeland Security with the Catholic Church of a planned “Night of Rage,” targeting churches and pregnancy centers over their opposition to abortion rights. The document sheds light on how law enforcement and the church are bracing for backlash after a leaked opinion showed the Supreme Court preparing to rescind federal abortion rights.

Labeled an “urgent memo,” the document is from the Diocese of Stockton, California, and is directed to all clergy, as well as parish and pastoral staff. The memo states that Jesse Rangel, a DHS agent, told the diocese that federal law enforcement has discovered a manifesto from an “extremist group” calling for attacks on churches beginning at 8 p.m. the evening the court issues its opinion.

This is a developing story, and it will be updated.

I applaud the SC decision. Roe has long been regarded as an unconstitutional ruling that exceeded the court’s authority. This should not be seen as my being anti-abortion. Nor is it. It returns the decision of them back to the States, their legislatures and voting citizens. Just as with the Civil War and slavery, the issue is something that the States should decide for themselves…. and not have those in favor forcing their viewpoints on States who disagree.

It’s a great day for Life

Roe v Wade was a horrible decision in the first place, based on the flimsiest argument ever put before the Court.