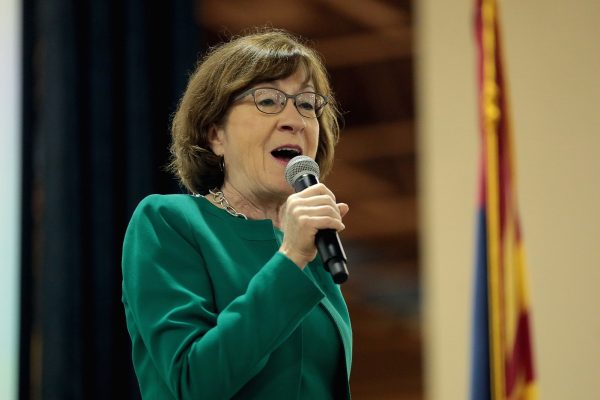 Susan Collins is a pro-abortion politician, but she is not supporting the Democrat Party’s latest attempt to codify Roe v. Wade into federal law by ramming an abortion up-to-birth bill through Congress.


On Wednesday, Majority Leader Senator Chuck Schumer (D-NY) announced that the Senate would vote on the Women’s Health Protection Act (WHPA). That act “would establish a right to abortion through all nine months of pregnancy in all 50 states,” National Review reported.

On Thursday, Collins told media reporters that she has serious concerns about the bill.

“It supersedes all other federal and state laws, including the conscience protections that are in the Affordable Care Act,” Collins lamented.

“It doesn’t protect the right of a Catholic hospital to not perform abortions. That right has been enshrined in law for a long time,” she also explained.

Schumer claimed, “Some are saying that this legislation would tell hospitals — certain religious hospitals — that they have to perform abortions.” He added, “That is simply not true. This bill simply gives providers the statutory right to provide abortion care without medically unnecessary restrictions. That’s plain and simple. So, this rumor is false.”

Perhaps our legislators should consider Aborting Joe Biden and all his willing minions . That would truly be a start !

I see no reason why the dems should not pass a retro-abortion law. They have some great candidates. Let’s see: Pelosi, Shumer, Shufty Schiff, Nadler and certainly not last or least “Biden”. Throw in a few rinos and the country would be on a roll.

Makes too much sense,——it will never happen!

Perhaps the country should consider aborting the entire Democommie Party!

Perhaps the country should consider aborting the entire Democrat Party!

If the child lives through the abortion, then when can the child
abort the mother?????

Oh, the left would have no problem aborting, cancelling any of us. That’s partially what covid 19 is all about.

abortion right up to birth-wouldn’t that be considered murder????? i mean the baby is moving around in the womb. is it not considered a human being at this point??? I really think these far left moronic idiot democrites have completely lost all sense of morality.

” I really think these far left moronic idiot democrites have completely lost all sense of morality.”………….I don’t know where you have been, but welcome aboard.