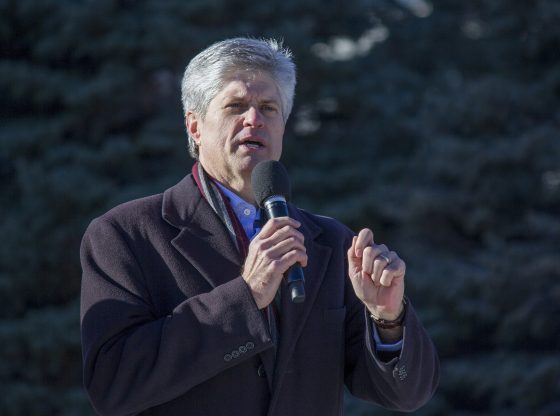 Two of the counts involved campaign finance violations. The jury determined that Fortenberry illegally received funds from a non-American citizen and also lied to federal investigators about his activities.

And as Ellis Political Insights notes, Fortenberry has now decided to resign:

Rep. Fortenberry further says he will appeal the verdict and wrote in his official open resignation letter that “due to the difficulties of my current circumstances, I can no longer serve you (meaning his constituents) effectively.”

Since Nebraska’s candidate filing has closed and contenders certified, it is unclear at this time whether the Congressman’s name can be removed from the primary ballot.  The only ballot related deadline that has not passed in relation to the May 10th primary is the period before April 4th when county clerks can make “corrections” to the ballot.
State Sen. Mike Flood (R-Norfolk) is the leading GOP candidate in Mr. Fortenberry’s absence.  Retired Air Force officer John Glen Weaver, teacher Thireena Yuki, and welder Curtis Huffman round out the Republican congressional field.  The consensus Democratic candidate is state Sen. Patty Pansing Brooks (D-Lincoln).

Now that Rep. Fortenberry is resigning, Gov. Pete Ricketts (R) will call a special election to fill the balance of the term.  Under Nebraska law, since the seat will open before August 1st of the even-numbered year, the special election must be scheduled within 90 days of the official date of vacancy.  In this case, the vote must be held on or before June 28th.

Fortenberry announced that his resignation will officially go into effect on March 31 of 2022.
Advertisement
Take Back the Senate! Support Herschel Walker [ACT NOW]

” illegally received funds from a non-American citizen and also lied to federal investigators about his activities. ” this is the same MO that the clinton crime family uses when they receive non citizen money, or even the biden crime family receiving money from russia and china.

We have enough crooked democrats. We don’t need crooked republicans

Public servants are provided with something called “Public Trust.” Violating this trust does tremendous damage to both the institutions they are elected or hired to, & the people they serve. Why do you think politicians poll so low when asked about trustworthiness? To this same end, one police officer can harm ALL law enforcement personnel, simple by their actions.

We must hold those put in these positions to a higher standard. They must be punished accordingly as well.

He was just on the wrong side. He would be hailed as a hero if he sported a “D” after his name.

Republican Rep. Jeff Fortenberry is simply on the wrong side of history. We can’t afford to have criminals like this keeping their offices or running again for another political role in which they can potentially hurt America.