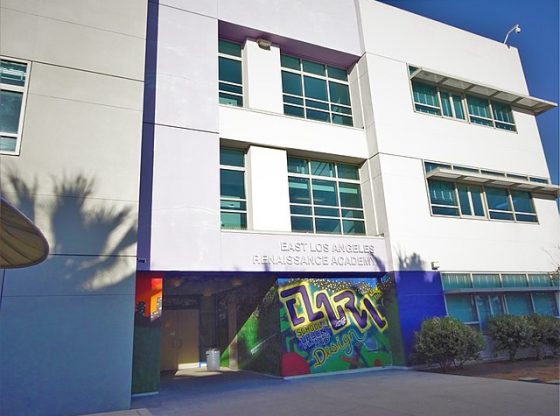 A loudly-touted plan by Los Angeles government schools to require children to be vaccinated was been quietly withdrawn after bureaucrats realized as many as 30,000 students would not comply.

“In September, the nation’s second-largest school district imposed strict vaccine requirements on children 12 and older, with almost no exemptions,” POLITICO reports.  “Los Angeles Unified was supposed to show other school districts how to roll out an expansive Covid-19 vaccine mandate for students.”

Under the rule, all students 12 and older would be required to be vaccinated against COVID-19 by Jan. 10 in order to attend in-person classes.  Unvaccinated students would have to attend classes online.

“Los Angeles students who are old enough would have needed the first of a two-dose vaccine in late November and a second shot by late December to be fully vaccinated by the start of the second semester,” USA Today reports.

But they ran into a problem.  Mass resistance to the vaccine mandate on children, especially in black and Latino families.

“Only 60 percent of Black Los Angeles County residents 12 and up have gotten at least one dose. The vaccination rate among the county’s Latino residents 12 and up is 68 percent. The mandate requirement would have disproportionately moved students of color off campus,” POLITICO reports.

Realizing they would have to move as many as 30,000 students to online-only learning, and they would be disproportionately black and Latino, Los Angeles Unified backed down, delaying the mandate until 2022.

As many as 40,000 LA students had already either dropped out of schools or disappeared during the pandemic, Elmer Roldan, executive director of Communities in Schools of Los Angeles, a nonprofit aimed at preventing students from dropping out of school, tells USA Today.

Good for you out there in California, fighting the commies. We need more of this every day. Shove it right back in their faces.

Bryan Dorfmeyer
Reply to  YO VINNIE

Noone in calif.has any common sense just look at there pisshole of a state

Jawad
Reply to  YO VINNIE

Or right up there where the sun don’t shine!

stopspending
Reply to  YO VINNIE

um, no one in ca is “fighting the commies”. The leaders realized it would harm black more than whites by demanding vaccines. Huuuh?? Those with a brain have been pointing out that a low number of poc are getting vaccinate so all these mandates will harm poc communties and once again poc will fall farther behind. Dem’s plans always hurt those they SAY they are helping. no wonder poc are starting to vote gop

Encouraging that people are becoming aware we should stand up for our freedoms and stop all the government controls.