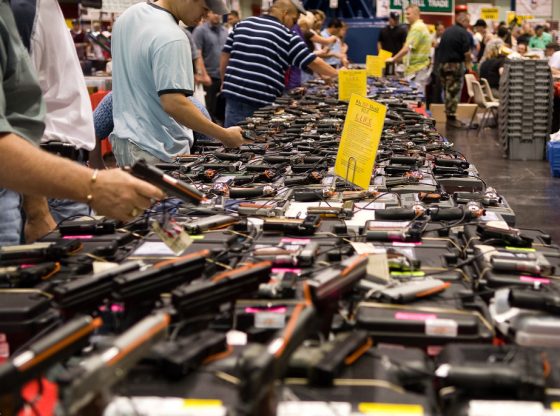 Despite growing concerns over crime, Americans’ support for gun control has fallen to its lowest point in nearly a decade – with independents leading the new drive against stricter gun laws.

“Americans’ support for stricter gun control has fallen five percentage points to 52%, the lowest reading since 2014,” Gallup reports. “At the same time, 35% of U.S. adults think laws covering the sale of firearms should be kept as they are now and 11% favor less strict laws.”


But the only thing keeping support for guns bans above 50 percent appears to be a radicalized Democrat Party, where support climbed to a record high of 91 percent.

Among independent voters, who drive election results, support for gun control is plunging rapidly, with a just 45 percent backing stricter gun laws, among the lowest ever recorded.

“The decline in support for stricter gun laws last year was mostly due to a 14-point drop among Republicans, to 22% — the group’s lowest point on record. This year’s decrease is driven by a 15-point plunge among independents,” Gallup reports.

Support among independents had reached a record high of 64 percent in 2018, but has collapsed nearly 20 points in three years.

Support for a ban on handguns, once a Democrat campaign issue, has all but vanished, with only 19 percent of Americans saying they should be outlawed.

“As is the case with Americans’ preference for gun laws in general, the latest drop in support for a handgun ban is largely attributable to political independents,” Gallup reports.

“Currently, 14% of independents think there should be a ban on handguns, which marks a 16-point decline since 2019, including nine points since 2020,” Gallup reports.

“Even fewer Republicans, 6%, favor such a ban, while 40% of Democrats do — figures consistent with recent support among each party group,” Gallup concludes.

Not surprising. Folks are waking up (at last).

People that want gun control are either afraid of their own shadow, are very mislead, or are plain stupid… That is the facts

NO TRUE LAW ENFORCEMENT HERE NOW SO THIS IS A GOOD REASON FOR THE HUGH SHIFT IN GUNS AND LESS RESTRICTIONS FOR THE FOLKS OWN SAFETY!