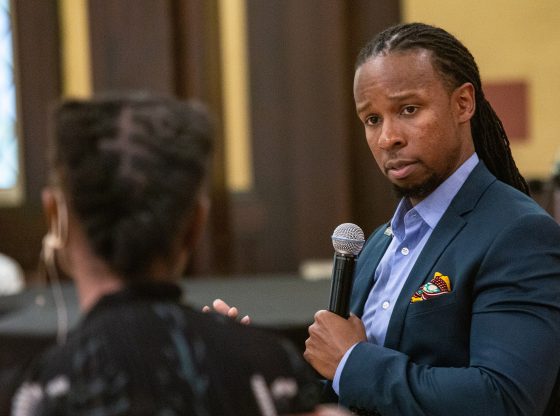 According to a new report compiled by Judicial Watch a county in Maryland launched a ‘psychoeducational lesson’ designed to teach students about the ‘dual pandemic’ of covid-19 and racism.

According to new documents received by Judicial Watch and exclusively provided to Fox News, Maryland‘s most populous county, Montgomery County, launched a “psychoeducational lesson” teaching children in schools that there is a “dual pandemic” involving COVID-19 and “systemic racism.” Materials recommended that teachers buy the Ibram X. Kendi book “Antiracist Baby” as “the perfect gift” for “ages baby to age 3.”

The documents come amid intense debate about critical race theory (CRT) in schools, after Virginia Republican candidate Glenn Youngkin won the 2021 governor’s race on a platform banning CRT. Many parents have opposed CRT – a framework that involves deconstructing aspects of society to discover systemic racism beneath the surface – as divisive and racist.

“This material details how extremist race politics and CRT are being used to target children for political ends,” Judicial Watch President Tom Fitton said in a statement on the documents. “Politics should immediately be removed from the curriculum of Montgomery County Schools. These CRT-laden teachings have no place in any American classroom.”

In an Aug. 26, 2020, email to Montgomery County Public Schools (MCPS) principals, Associate Superintendent Janet S. Wilson announced that “all schools will be required to implement a student psychoeducational lesson during one of the school’s mandatory Social-Emotional Learning (SEL) block [sic] before September 18, 2020. This lesson will provide students crisis facts about the dual pandemic (COVID-19 and systemic racism) that is occurring around the country and here in Montgomery County.”

Judicial Watch also obtained other records that documented the County’s embrace of critical race theory, including at Thomas Pyle Middle School whose ‘social justice’ class reportedly taught its students that the phrase ‘Make America Great Again’ was an example of ‘covert white supremacy.’

wrong, this proves who is racist.

TO JANET S. WILSON, ” YOU CAN TAKE YOUR FOUL MARXIST CRAP ” AND SHOVE IT WHERE THE SUN DONT SHINE! YOU ARE A TOTAL MARXIST RAT WHITE HATER AND ARE TRYING TO DISTURB THE LITTLE MINDS OF CHILDREN THAT WOULD KNOW NOTHING ABOUT YOUR CRAP! THIS IS THE 1930’S GARBAGE NOW RESURFASING HERE IN THE 21ST CENTURY!

Omega 2
Now you are so wrong this has been taught at higher level Universities and Colleges at least since the 1950s, and still is exactly why so many call them Liber institutions. You would not want to see what the highest level universities in Europe teach about the Conservatives and Christians which are one of the same, and they back it up with hard facts.

Fact is CRT originated at Harvard University back in the 1970’s and is the product of “Prof.” Derek Bell. Bell came up with “Critical theory” as a mechanism to promote Marxism. Teaching children of mixed parents to hate their parents and siblings in the sickest BS I have ever witnessed in the US. It is straight out Communism. He settled for race instead of Class – because it’s easier to separate people by skin color instead of income.

I agree! also we don’t have a class problem which is why they had to come up with color. It is something no one has control over. All we need is one word, RESPECT. For ourselves, for each other and for the planet. If we allow any of this to progress we will give up what makes all humans great. The Arts, no music, no theater, no art because that is their definition of equity.

If your baby is unaware of racism it is always good to start the education as early as possible to cement it in their brains, right lefties? The people most desperate to keep racism alive are the leftist/socialists/communists/race hustlers, could you imagine if a Democrat had to spend their time explaining their views on real issues?

THERE ARE A LOT OF MF’ers THAT NEED TO BE EXTERNINATED. PERMANENTLY. BY ANY MEANS NECESSARY.

enoch abiff
Reply to  HAD IT UP TO HERE!

Start first by suing them MFers into the dark ages.