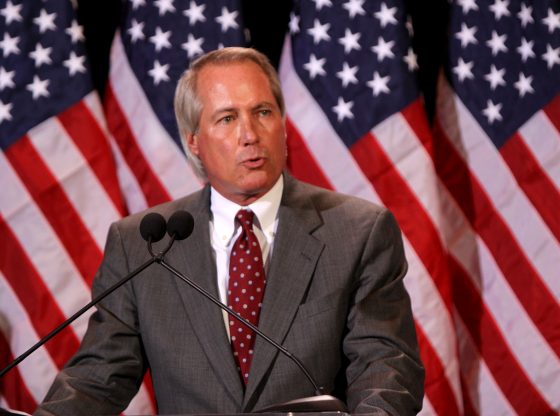 Celebrity lawyer and controversial ‘Stop the Steal’ advocate Lin Wood took a major shot at Pro-Trump congresswoman Marjorie Taylor Greene, referring to her as a ‘communist’ and alleging that she hasn’t done enough to overturn the results of the 2020 election.

Vice News has been tracking the dynamic between Greene and Wood for some time, and they report that Wood has been accusing Greene lately of not doing enough to overturn the results of the 2020 election. This apparently came to a full boil when Wood called Greene “a communist” because “if Marjorie Taylor Greene is running around saying ‘Impeach Biden,’ that says that Biden won. He didn’t.”

“A traitor will come at you as a patriot,” he added. “Be careful.”

Last night Lin Wood said “Marjorie Taylor Greene is a communist.” and “A traitor will come at you as a patriot. Be careful.” pic.twitter.com/iYfHFDkvgO

Greene responded to Wood’s insult by invoking allegations that he leeched off of Kyle Rittenhouse’s legal defense fund while he represented the teenage vigilante. She also mocked Wood by saying he’s not being targeted by the Congressional “witch hunt” to investigate the January 6th storming of the U.S. Capitol.

“He lifts up his Bible high and lies and lies,” Greene said at the top of her Twitter thread. “He’s not one of us. And he used a child being attacked by Marxist BLM.”

People didn’t donate to Lin Wood, so why would he want $2M back?

Only monsters hurt innocent people in their greatest time of need.

So who’s really on the side of conservatism? Let us know what you think in the comments below.

12 Mysterious Deaths Tied Ominously to the Clintons
Are You a Domestic Terrorist? How Radical Unions Got Biden to Weaponize FBI Against Parents

Lin Wood shoots from the hip a lot. I think he isn’t feeling well these days.

Our opponents on the left are rubbing their hands with glee. Kiss and make up, you two.

They are both full of it!

more of the dog and pony show… it’s one for one and all for none….