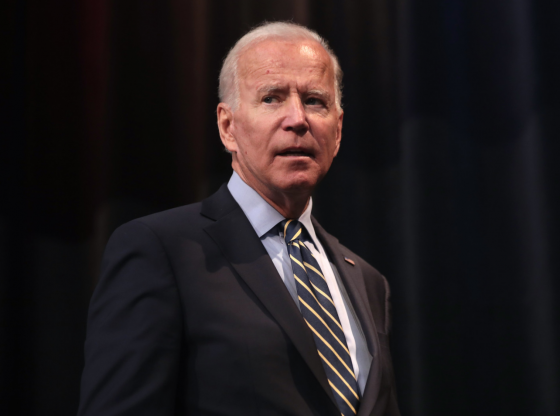 President Biden has been beset by a plethora of problems in recent months, one of the most signficant of which being surprisingly high energy prices.

Yet, as The Daily Wire reports, he seems to have no real plan for how to deal with it:


The Biden administration does not plan to address record high gas prices; however, it touted renewable energy options as an alternative.

As The Daily Wire’s Ian Haworth recently reported, OPEC — the Organization of the Petroleum Exporting Countries — is slowly increasing its output amid robust consumer demand, resulting in the highest global oil prices in several years.

But instead of offering actual measures to bring gas prices back down it appears the administration is doubling down on its dreams of transition the US economy fully over to green energy.

The Biden administration — as well as Democratic leadership in Congress — have emphasized a pivot toward renewable energy in the interest of preventing climate change.

Indeed, the Democrats’ pending $3.5 trillion reconciliation package would create a “Civilian Climate Corps” — a $70 billion program crafted by Rep. Alexandria Ocasio-Cortez (D-NY) that would hire a “diverse and equitable” group of 1.5 million young Americans to “complete federally-funded projects that help communities respond to climate change and transition to a clean economy.”

So in the meantime, just freeze to death. Do they know their sheeple are freezing too???

Sleepy Joe Biden proves that any corrupt, Democrap Moron can still grow up to be president!

Creepy Joe is more accurate. Watch all the footage of Numb Nuts groping little girls during official congressional swearing-in ceremonies. This is not to mention the allegations of him sexually assaulting women past the age of consent.

And my oil furnace objects to water fill-up….