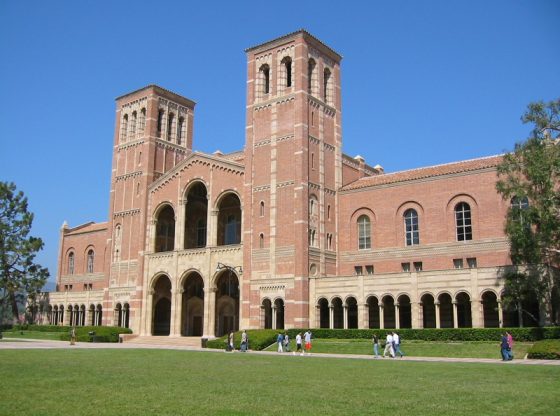 Following the death of George Floyd over the summer, a professor was fired from the University of California Los Angeles, Gordon Klein, for refusing to grade students differently based on their skin color.


…the students requested all of these accommodations due to recent “traumas, we have been placed in a position where we much choose between actively supporting our black classmates or focusing on finishing up our spring quarter.”

“We believe that remaining neutral in times of injustice brings power to the oppressor and therefore staying silent is not an option,” the students added.

The students insisted they did not make the request as “a joint effort to get finals canceled for non-black students,” but rather to “ask that you exercise compassion and leniency with black students in our major.”

The students were using the May 25 death of Floyd and the resulting riots across the country to get leniency in class. Professor Klein did not accept their arguments and responded in an email that gained him the ire of students.

“Thanks for your suggestion in your email below that I give black students special treatment, given the tragedy in Minnesota,” Klein wrote back to the students.

He asked regarding mixed-race students, “​What do you suggest I do with respect to them? A full concession or just half?”

Klein was later suspended and denounced by UCLA. The institution reinstated him, but as Jacobson noted, “not before his reputation and career were severely damaged.”

The Daily Wire reports that “Klein is now suing, alleging he was punished for treating students equally, as required by California law. He also alleges that UCLA’s Anderson School of Management disregarded a broader UCLA directive not to punish him over student [complaints]. Klein also alleged that the incident caused him to lose clients where he was paid to be an expert witness.”

Gordon Klein has taught at @UCLA's Anderson School of Management for the past 40 years. Last year, a non-black student asked him to grade his black classmates with greater leniency than others in the class. Klein refused. Then the trouble began. https://t.co/tGvH0W5wV1

Need more to do same nationwide

I hope they have to change the name to Gordon Klein University.