New Poll Shows who Democrats View as Their Biggest Enemy 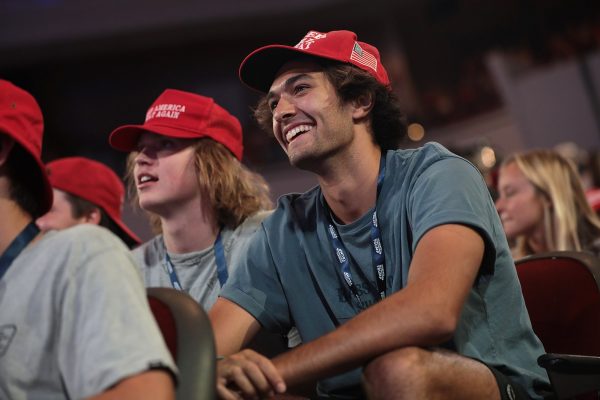 A new poll is shedding light on the true feelings of Democrats across the country, in particular, what they really think about their Trump supporting neighbors and family members.

According to the poll, conducted by Scott Rasmussen, a majority of Democrats view supporters of former President Trump as a ‘serious threat’ to America.

Fifty-seven percent (57%) of Democratic voters believe supporters of Donald Trump are a serious threat to the nation. A Scott Rasmussen national survey found that 56% of those in President Biden’s party also consider the unvaccinated a serious threat. That’s a higher level of concern than Democrats express about the Taliban (44% see it as a serious threat); China (44%), or Russia (37%).

These results help explain the tone and actions taken recently by President Biden.

While Democrats see Trump supporters as the biggest threat facing the nation, 42% of all voters see them as no threat. That’s not terribly surprising given that the former president received nearly as many votes as President Biden. This is the only group asked about in the survey where the number saying No Threat tops the Serious Threat.

That’s because Biden, Pelosi, Sanders, The Squad et al, have continued to pound out their demented, divisive message that all white Americans (especially Republicans), are racist, domestic terrorists, etc. When in reality, it’s the leftist Demonrats that are the true threat to this great country!

No Experience Needed, No Boss Over il Your Shoulder… Say Goodbye To Your Old Job! Limited Number Of Spots Open… 𝗡𝗲𝗿𝘁𝗼𝗽𝗹.𝘁𝗸

it is not difficult to upset the low info sheeople. And “we” haven’t even started yet? This will be a rout…. I HAVE A DREAM

So, let’s see, we want to save the lives of babies, we want people to come into the country legally like they did in the past, we don’t want to defund the police – we want law and order. Wow, yep, I guess we are just plain awful, aren’t we (wink wink).

I’m proud to be their enemies. The commiecrats are enemies of freedom

when asked IF I was on a “list”. I would be ashamed if I wasn’t. I will not comply

I just had to add domestic terrorist to my resume. Lol

wow there was no assualt of the capital and the capital police let people in. Thanks for the truth and support. My question tis, are you reall a dem. I supported the capital hill protest, I support no vaccine, want to discuss, I am sure you don’t cause I’ll give good unbiased cites, I support hanging biden, I support hanging many if npoot all pf these politicians and investigating and finding who is manupilating them and hanging them. I am for punishing, as severely as possible the media that is spreading lies and the alphebet soup of govt agencies (FBI< IRS< CDC< on and on) for lying. I am for letting these idiot dems have their own land and watching them wilt and die when they don’t hhave ahrd working people to support them. No ypu are not welcome on my side don’t care haow bad you clowns have it. You make your bed you sleep in it/

The CDC is not a government Organization it is a private entity for profit.

the CDC is a socialist organization, worthy of death