Monica Lewinsky Claims Bill Clinton Should Want to Apologize to Her 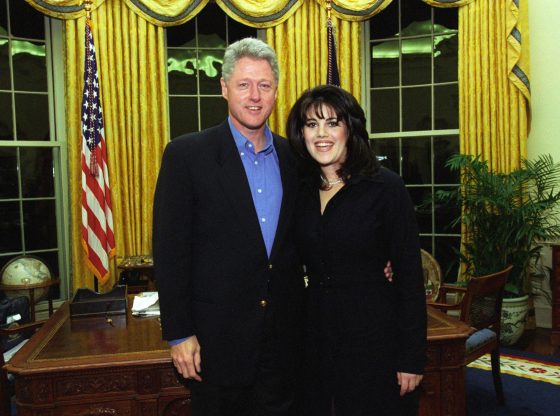 Monica Lewinsky is now claiming that former President Bill Clinton should want to apologize for her over their White House affair in the 1990’s, an event which altered her life permanently.

Monica Lewinsky says that former President Clinton “should want to apologize” for his part in the 1990s scandal surrounding his affair with her, a then-White House intern.

“I think there was a long period before my life changed in the last six or seven years, where I felt a lot in terms of there not being this resolution. And I’m very grateful that I don’t have that feeling anymore,” Lewinsky told “Today’s” Savannah Guthrie on Tuesday when asked if she feels that Clinton owes her an apology.

“I don’t need it,” Lewinsky continued.

Do you feel Bill Clinton owes you an apology after all these years? –@SavannahGuthrie to Monica Lewinsky pic.twitter.com/fZ3Fq7Zkur

Will Lewinsky ever get her long awaited apology from Bill? Let us know what you think in the comments below.

I can’t imagine smug Clinton would ever apologize for any of his mistakes. Hillary follows in his footsteps – no apologies from her either.

Why should she get an apology, when it takes two to have an Affair.

I agree it takes two to tango. But this was not just an older man taking advantage of an impressionable young woman but the most powerful man in the world. And just because some of his predecessors were unable to keep their flies zipped is not an excuse.

She was in her 20s, and she knew he was married. It’s called adultery no matter how you slice it. Given her age, I doubt she could’ve dreamed of the ensuing repercussions – that I can believe. That withstanding, she knew what they were doing was wrong. I don’t feel sorry for her. I actually met her in London years ago. She certainly seemed to be enjoying the attention.

she was 19 and there’s no teen in the world would not be flattered and swept off her feet by a personable man – the President, for heaven’s sake – making a play for her. She’s sorry! But she was a kid and she’s seeing herself now as an adult looking back on foolish choices she made as a girl in love. The judgement on her is shocking! We learn from our early mistakes in life… but NO ONE should have to pay for it for the rest of her life – while the one who was mature and knew better goes merrily along with an adoring public.

she was a college graduate when she started as an intern

There’s something fishy about Lewinski, just as there was something fishy about Trump, when the media saw fit to air videos of our President cavorting with Epstein. Epstein and Lewinski were of the same religious affiliation, and it was rumored that Epstein was ‘affiliated’ with a foreign intelligence agency.

She was a consenting adult. Young and stupid is not an excuse.

Stupidity is her whitewashing excuse. She’s not stupud. She’s a fame whore.

According to the EEOC, what Clinton did was a violation of law. Whether as a quid-pro-quo, or a hostile environement, pick your choice. Likewise, the coverup was in violation of many other laws which had the effect of presenting the behavior as not only exceptable behavior by the President but, the people around him as well to the point of being an institutional acceptance. Any court would have convicted. Was Monicka a willing accomplice, appearently she was but, that is irrelevent. The law is clear, and was ignored…

It’s not the affair. It was the demonizing and lying that Clinton, Hilary, and Clinton’s henchmen and supporters put her through for years. They accused her of making it all up, Clinton denied it happened, she was constantly criticized for being a slut, fat, so ugly that it had to be fake because Clinton easily could do better, and so on. All this put on a 19 year old kid. Yeah, I’d say she was owed an apology.

Hillary apologizes to the mirror every day!

Mistake or not…she willingly did it. Wasn’t rape

That depends on what the word is is.

His only apology would be for not asking her to do it again.