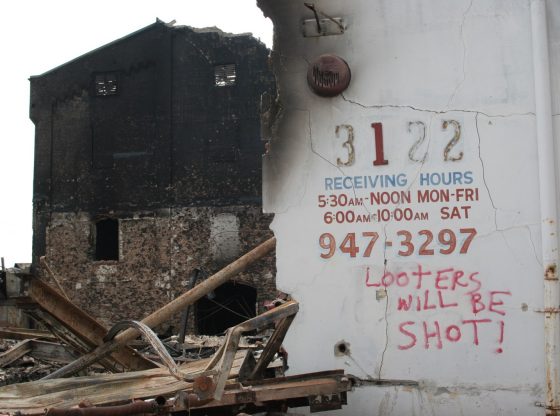 New cases of potentially widespread looting have been reported in the wake of the devastating Hurricane Ida which has left New Orleans and the surrounding area devastated and completely without power or running water.

Louisiana residents have reported cases of alleged looting in the wake of Hurricane Ida amid fears crime could spiral in New Orleans and other cities after energy suppliers warned that power will be out for at least three weeks as utility crews work to restore more than 2,000 miles of downed energy lines across the state.

New Orleans’ mayor also announced that the death toll from the storm has officially risen to two after a driver drowned in their vehicle in the city. On Sunday, a 60-year-old man died when a tree fell on a home just outside Baton Rouge. Authorities have not released any information about the identities of the victims.

Rescue crews in St. John the Baptist Parish reported that 800 people were rescued as internet and communications services began to come back online, though officials said that 18,000 residents in the parish remained without power as of late Monday.

Ida has been downgraded to a tropical depression. The National Hurricane Center said Ida’s maximum sustained winds had dropped to 35 mph by Monday afternoon as the storm’s remnants churned northwest of Jackson, Mississippi. Forecasters said heavy rain from Ida remains a threat as it moves northeast.

Estimates for the likely damage caused by Ida currently range between 70 and 80 billion dollars. Almost sixteen years to the day after Hurricane Katrina devastated the same area.

New Orleans is run by Democrats. Lawlessness is the norm. ‘Nuf said.

Everybody know whom the looters are, but nobody dare to name them.
Lots of legislation, locals and federal have been created to protect looters and rioters.