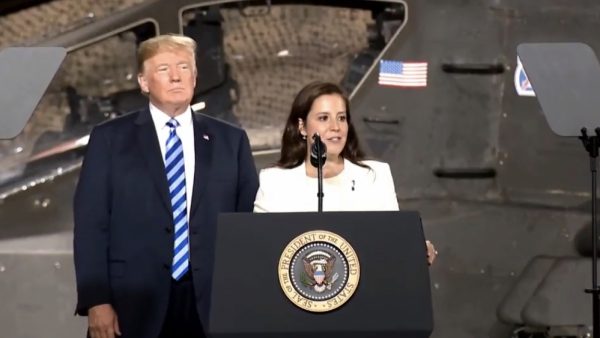 GOP Rep Elise Stefaniak is now calling for the immediate arrest of Governor Andrew Cuomo after a new bombshell report from the New York Attorney General’s Office has now concluded that not only did Cuomo sexually harass numerous women but that he also broke the law multiple times in the process.

Stefanik, the third-ranking House Republican, released a statement shortly after New York Attorney General Letitia James held a press conference to conclude the investigation into Cuomo and said that he violated both state and federal law. James made the announcement after speaking to dozens of witnesses and reviewing evidence from numerous sources. Investigators determined that Cuomo had subjected employees to offensive and sexually charged comments or unwanted touching.

“No one is above the law and today justice must be served. Governor Cuomo must resign and be arrested immediately. President Joe Biden must immediately call for Cuomo’s resignation,” Stefanik said in a statement.

🚨🚨 MY FULL STATEMENT CALLING FOR THE ARREST OF GOVERNOR CUOMO 🚨🚨 pic.twitter.com/Xxl5ugsxTk

How much longer will Governor Cuomo last in office? Let us know what you think in the comments below.

Democrats Wish Death on Republican Leaders Again, Vaccination Reaches 70%, and Much More on the Daily News Flash
Blue State to Require Background Checks on All Firearms by This Date

Shoot the bastard and get over it

He’s a democrat, nothing will happen. He has a free pass just like all dems.

She’s such a pathetic little opportunist.

My thoughts exactly, where are all the #metoo activists. Oh, that’s right it involves a Dem slimeball

Amen. All fire and brimstone when its a Republican. All anyone wants is parody and fairness.

[sarcasm on] We know Rep. Stefanik is wrong, because she is a republican accusing a democrat. Everyone know that in situations like that, the democrat is always right. [sarcasm off]

Put down the whiskey and read the comment before you run your pie hole.

MY OPINION
Reply to  schmed