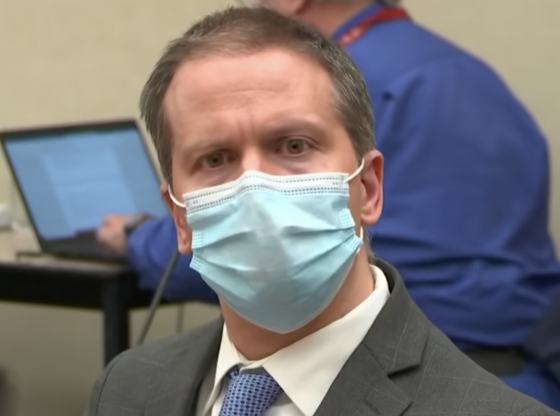 On Friday, Derek Chauvin, the former Minneapolis policeman who was charged with the death of George Floyd, a drug addict who Chauvin kneeled on his neck for nine minutes screaming “I can’t breathe,” was sentenced to 22 years and six months (270 months) in prison.

The news came after a judge dismissed Chauvin’s plea for a new trial, saying he failed to prove abuses from the court as well as prosecutorial or juror misconduct.


According to CBS News, prosecutors requested “Judge Peter Cahill sentence the 45-year-old Chauvin to 30 years in prison, while his defense attorney is calling for little time behind bars or even probation.”

“Mr. Chauvin asks the Court to look beyond its findings, to his background, his lack of criminal history, his amenability to probation, to the unusual facts of this case, and to his being a product of a ‘broken’ system,” Eric Nelson, Chauvin’s attorney wrote in a filing.

A prison spokesperson said, “Since his conviction, Chauvin has been held at Minnesota Correctional Facility-Oak Park Heights, outside of Minneapolis, and was put into a segregated housing unit for his own safety,” according to reports.

The judge claimed his sentence was not based on public opinion or an attempt to send messages. Judge Cahill said he worked to apply the law.

I cannot help think that this whole affair was a total and utter sham! Floyd was a career criminal who was a drug addict, full of Fentanyl and Meth at the time of his arrest. Due to the drugs he’d taken, he was high as a kite and excessively animated to the point he was difficult to control. Fentanyl is over 50 times more potent than heroin, so his system was already overloaded and he’d also had a weak heart.
The police needed to control him, so Chauvin pinned him to the ground and placed his knee on the SIDE of his neck (take a look at the video). This could not have constricted his airway, as only pressure to the FRONT of the neck would have done this. Try applying pressure to the side of your neck, to see what I mean.
No, this was a typical mob verdict playing the race card yet again en masse. It was trial by the baying anti-white, anti-police brigade, and Chauvin was poorly defended, although the guy was already condemned even before the trial started.
In truth, white people are targeted far more by blacks than by the reverse. The official federal statistics clearly bear this out. Check out ‘the Polar Bear ‘game’ that blacks violently play against whites for instance. The BLM narrative is based on lies and distortions of the truth, but of course, the lunatic left and all the white brainless girlies, who just love to jump on the BLM bandwagon, never bother with the truth. They’re too far gone in the head!

The cop is an American hero for doing his job as far as I am concerned. This is reverse racism. Our justice system bends to the biggest breeze.