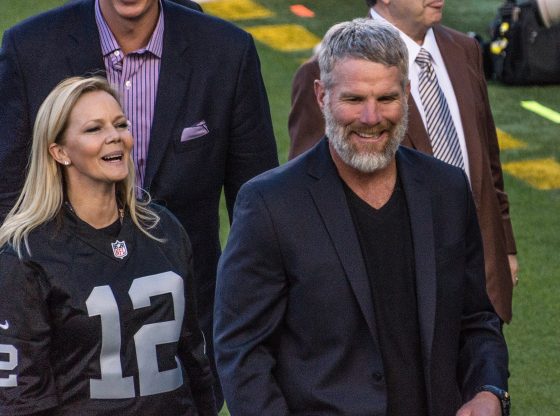 Favre made the comments in relation to the announcement earlier this week of former men’s weightlifter Laurel Hubbard being permitted to compete in the upcoming Olympic Games against biologically female competitors. Hubbard’s representation of New Zealand makes the weightlifter the first openly transgender athlete at the Games.

“It’s a man competing as a woman,” Favre said on his podcast, Fox News reported. “That’s unfair. It’s not fair for a man, even if this person wants to be a woman or feels compelled — if you want to become the opposite sex, that’s fine. I got no problem with it. But you can’t compete against — males cannot compete against females.”

“If I was a true female — I can’t believe I’m saying that — and I was competing in weightlifting and lost to this person, I would be beside myself,” he continued.

Regarding Chelsea Wolf, a “transgender” BMX olympian who wanted to win a medal in order to burn the United States flag, Favre said, “I wouldn’t have her participate in my Olympics; go participate for somebody else. To say that is such a slap in our country’s face. I can’t believe this person can be allowed to participate for our country.”

Good for Brett. They are allowing men to UNFAIRLY compete against women. Often they are replacing female competitors giving them no chance to compete and depriving them of the chance to capitalize on their winnings. This must stop.

God Bless you Brett Favre for soeaking the truth we all feel. A man is a man, no matter what he may “feel” or what a doctor cuts off.

Now Brett will get canceled

Ya I don’t think he cares

There are only two genders. God created man & woman. I have no problem with gays. If a man prefers to be with a man or a woman prefers to be with a woman that’s their choice. They can explain it to the Lord come judgment day. But a biological man competing against women is just wrong. If they are unable to compete against other men & be successful maybe they should just stop competing all together. But pretending to be a woman just to win an event as cowardice.