Democrat Congresswoman Allegedly Bribed Opponent to Drop out of Race 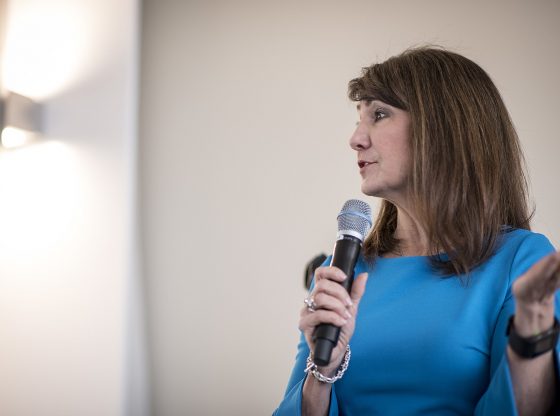 Democrat Congresswoman Marie Newman, who ousted the only pro-life Democrat in Congress in an explosive 2020 primary race that drew millions of dollars from leftist groups, is accused of winning the seat by bribing an opponent to drop out.

Newman allegedly offered Iymen Chehade, an activist and college professor, a six-figure job in her congressional office in exchange for dropping out of the race, which would leave fewer candidates in the field to split the field against Congressman Dan Lipinski.


The allegations were made in a lawsuit Chehade filed against Newman, claiming she failed to fulfill the agreement, which he claims was outlined in a signed employment agreement.

If Chehade’s allegations are true, it would appear to be a serious federal crime.  Offering a federal job in exchange for something could be considered bribery.

“Chehade’s involvement in the primary would have likely siphoned votes away from Newman, who defeated Lipinski by fewer than 3 points,” The Washington Free Beacon points out. “Illinois’s Third Congressional District holds the largest concentration of Arab Americans in the state and is home to American Muslims for Palestine (AMP), a prominent anti-Israel advocacy group and leading promoter of the Boycott, Divestment, and Sanctions movement. Chehade also backs BDS and spoke at an AMP-sponsored event in 2012.”

The written contract Chehade offers as evidence states should she win he would be employed as both Newman’s “Chief Foreign Policy Adviser” and either district director legislative director.

It also states she should try to find him a private office and allows him to maintain his teaching job.

The agreement was allegedly signed on December 26, 2018, after Newman lost a primary race to Lipinski and was preparing for the 2020 rematch.

Newman’s campaign does not deny signing the contract, but claims Chehade was not offered the job for dropping out and claims he was not hired because he “misrepresented his qualifications” and “was ill-suited for a senior role in a congressional office.”

“Mr. Chehade’s latest claims are not only completely fictitious but frankly ludicrous, and they represent nothing more than a desperate grab for money,” said campaign spokesman Pat Mullane.

“He has filed a frivolous lawsuit and made multiple false statements in an attempt to seek money from the campaign,” said Mullane.

Newman is being represented in the lawsuit by taxpayer-funded U.S. House attorneys, even though they argue her offer of employment was made in her “personal capacity” and not in her capacity as a member of Congress.

How Much Longer can They Survive? CNN, MSNBC Bleeding Viewers as Almost no one Under 55 is Watching
Biden Admin Slammed with Legal Challenges Over Decision to Discriminate Against Non-Minorities

Nothing will be done to her. Democrats always get away with crimes others would pay the price for. Sadly it’s what we’ve all learned to expect.

That is how the Demo-🐀’s operate

We might also consider the activities of Mr. Epstein when this topic arises.