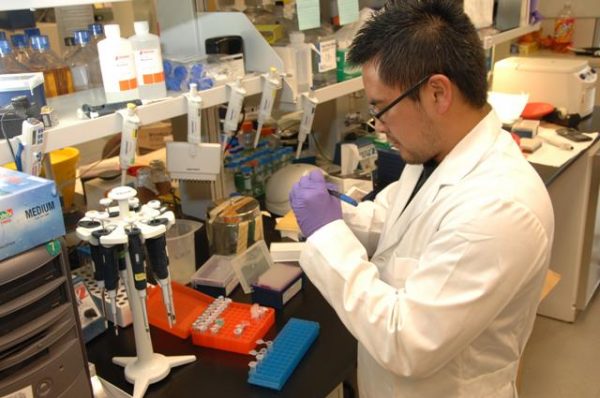 About Face – President Biden has suddenly reversed himself on the likely origins of the COVID virus. Despite furious attempts by his campaign team, anti-Trump partisans, and a complicit establishment media that for months savaged anyone suggesting a link between the high-security biosafety level 4 (BSL-4) lab at the Wuhan Institute of Virology (WIV) and the COVID pandemic, facts and reality are finally becoming too obvious to ignore or cover-up. What was widely denounced as a ‘crazy conspiracy theory,’ is now suddenly a mainstream alternative theory for the origin of the pandemic.

Even though Biden hastily shut down President Trump’s ‘closely-held’ investigation to substantiate whether COVID-19 leaked from CCP China’s Wuhan bio lab, the President is now calling for an inquiry from the Intelligence Community (IC) to determine the same thing.


Before Biden shut it down, the Trump team’s investigation was conducted from the State Department’s arms control and verification bureau. According to CNN, it “was an honest effort to probe what many initially dismissed: that China’s biological weapons program could have had a greater role in the pandemic’s origin in Wuhan.”

A State Department spokesperson told CNN that Biden officials terminated the investigation because they considered the inquiry a waste of resources.

But on Wednesday Biden said he has now ordered U.S. intelligence agencies to conduct an inquiry into the origins of COVID-19, following news reports that have given backing to the theory the virus may have leaked from a Wuhan laboratory. Biden has asked for agencies to report back within 90 days.

Why the sudden about-face? CNN notes:

There was also clear public pressure on the administration to address the issue after recent Wall Street Journal and CNN reporting on new information that underscored the plausibility of the lab theory, as well as new comments by Dr. Anthony Fauci — Biden’s chief medical adviser — that acknowledged he and other scientists may have been too definitive in previous public statements dismissing that possibility.

Pressure has heightened from Congress as well. On Wednesday, Republican Senators Josh Hawley and Mike Braun passed by unanimous consent legislation requiring the Biden administration, specifically Director of National Intelligence (DNI) Avril Haines, to declassify any intelligence relating to links between the Wuhan Institute of Virology and the origins of the Covid-19 pandemic.

While CNN says all this is based on ‘new’ information, it really is not. Much of this has been reported or discussed for months.

Based on my own national security and intelligence expertise, I described the WIV BSL-4 lab and suggested as early as mid-March last year that a leak from the Wuhan lab was a distinct possibility that must be evaluated. I followed up these reports with numerous other pieces, here, here, here, here, and here, supporting the same theory.

In some cases, Big Tech media giant, LinkedIn, blocked my posts on these reports and/or restricted my account, labeling the information ‘disinformation.’ We are now waiting to see if this absurd and dangerous Big Tech censorship will now cease.

Facebook has already changed their tune, starting on Wednesday, without shame, remorse, or irony that: “In light of ongoing investigations into the origin of COVID-19 and in consultation with public health experts, we will no longer remove the claim that COVID-19 is man-made from our apps.”

If the Democrats don’t lie, then Joe Biden lies; and if Biden doesn’t lie, then Fauci lies. The lying triple header, whose politicians now run the federal government in DC. Can Democrat voters even read??? I know they can’t think. If they could, they never would have put the lying horrid bastard, Joe Biden, in the White House. And now we will have something we have all seen many times before, the lying of the federal intelligence community (IC). Anyone want to bet on whether the IC will find that the Wuhan virus lab was culpable?

Wouldn’t be surprised if an honest and real investigation was done, that some politician, possibly a democrat trying to win an election asked his or her boss in China where he may have been on their payroll, to release it to cause a problem they could then use against their opponent. Probably just a wild conspiracy theory that never really happened. but?

So typical that now this is a “real thing”, yet President Trump said this was the case over a year ago. Now suddenly, after they have colluded to get sleepy Joe Biden in office, the “xenophobic conspiracy theory” is now a real story😒
Will they now get a story about Hunter Biden and his Dad’s corrupt business deals? That may be too much to hope for.