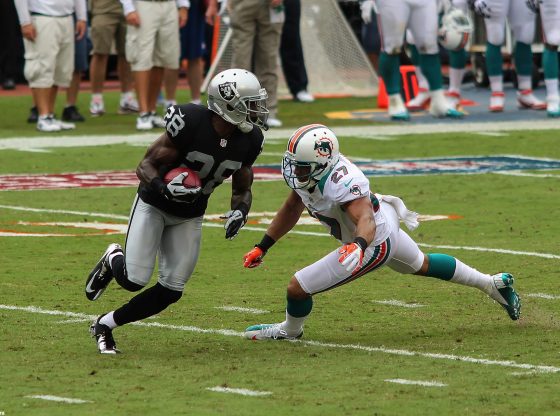 The gunman who shot and killed 5 people, including two children in South Carolina on Wednesday has now been identified as former NFL running back Philip Adams.

The victims included a prominent South Carolina doctor, his wife, and his grandchildren as well as a man who had been working at his home at the time of the shooting.

COLUMBIA, S.C. (AP) — The gunman who killed five people including a prominent doctor in South Carolina was former NFL pro Phillip Adams, who killed himself early Thursday, according to a source who was briefed on the investigation.

The source, who spoke on condition of anonymity because he wasn’t authorized to speak publicly, said Adams’ parents live near the doctor’s home in Rock Hill, and that he had been treated by the doctor. The source said Phillips killed himself after midnight with a .45 caliber weapon…

The York County coroner’s office said Dr. Robert Lesslie, 70, and his wife, Barbara Lesslie, 69, were pronounced dead at the scene along with grandchildren Adah Lesslie, 9, and Noah Lesslie, 5.

A man who had been working at the home, James Lewis, 38, from Gaston, was found shot to death outside, and a sixth person was hospitalized with “serious gunshot wounds,” York County Sheriff’s Office’s spokesperson Trent Faris said.

3rd white supremacist to kill in the past month. Oh the humanity

Hmm he was black

Obviously you didn’t catch my sarcasm…

That was sarcasm I’m sure.

Couldn’t help but notice that

He was black you mental midget!

Obviously you didn’t catch my sarcasm…

It was sarcasm you mental midget. STFU

How long does Biden have to be in office before people can blame him?

Asking for a freind.

well mental infant it is very subtle and not noticeable. I did not get it and I recognize more sarcasm than most.

I bet he had his background check! LOL!

Just a thought: have some of these “mass” killers been hypnotized and programmed to kill — with a gun, of course — maybe just to give “ammo” to the gun-control fanatics?!!

I got my China virus vaccine, went to the range and shot just as well! Does that make me racist?

What’s so scary is this perversion is actually possible?

Oh … it DID!!!
These are all because of Trump!
You know …
Trump’s Derangement Syndrome (they’ve been talking about it for YEARS!!!)
Ohhh … wait …

I truely believe that many of these mass shootings are set up in some fashion or way. Like these gun grabbers find mentally unhinged people and lead them to do these terrible actions. Maybe it is they know something will happen and they either let it happen or give that happening nudges???

It is entirely possible to give an unstable person nudges in the direction you want them to go including committing violent acts. It can even be used on relatively stable persons by someone skilled enough. Think CIA, remember they experimented extensively with this in the 50s through at least the 70s if not longer. Being as they are the CIA it is unlikely we will ever find out the full truth about those experiments.