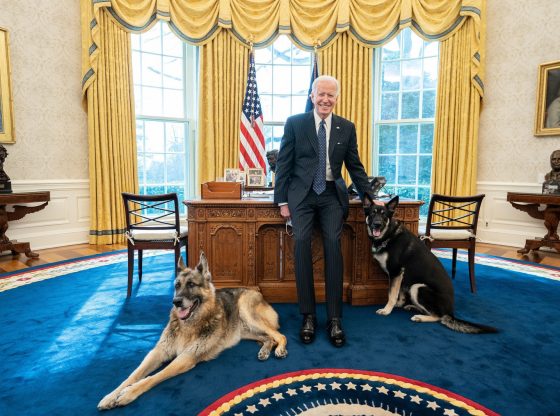 President Joe Biden’s dog Major has now bitten an employee of the White House for the second time in the last several weeks.

The injury Major inflicted was reportedly serious enough that the employee who received it required medical attention.

First Lady Jill Biden’s press secretary Michael de Rosa confirmed the “nip”  in a statement to Fox News. “Major is still adjusting to his new surroundings and he nipped someone while on a walk.  Out of an abundance of caution, the individual was seen by WHMU and then returned to work without injury.”

The encounter took place on the White House South Lawn Monday. CNN first reported the bite, adding that the employee worked for the National Park Service…

Monday’s incident was the second time Major, a three-year-old German Shepherd, bit someone at the White House in less than a month. On March 8, Major sunk his teeth into a Secret Service employee, who also required attention from the White House medical unit. Psaki referred to that incident as “minor.”

Biden’s dogs were sent to his home in Wilmington, Delaware after the first incident. It is unclear what steps the President and his staff will take after today’s incident.

The 10 Most Corrupt Democrats in the House of Representatives
Rep. Matt Gaetz Under Federal Investigation for Alleged Relationship with 17-Year-Old

Now if that were my dog or your dog they would be picked up by animal control and locked up. those dogs do not belong in the white house. they cannot be trusted.

Don’t blame both dogs for what one dog does. Unfair!

I would love to see that happen

No. Just tie Joe’s hands behind his back so he can’t sign more orders to hurt people.

I was going to say put them both down! Joe and the dog!

That dog is only doing what he sees his owner doing.