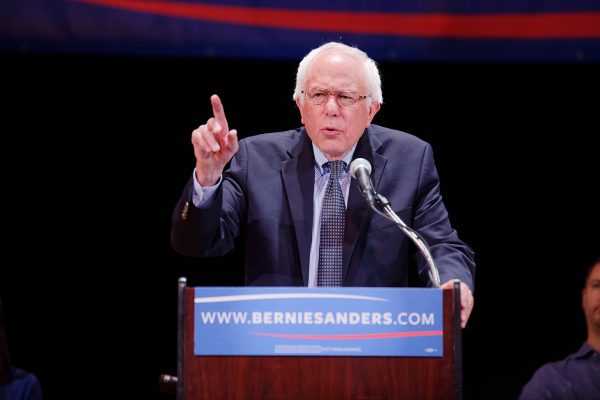 Sanders stated that while space travel was ‘exciting’ he believed that the priority should be on creating a ‘progressive’ tax system to reduce the level of inequality.

Space travel is an exciting idea, but right now we need to focus on Earth and create a progressive tax system so that children don't go hungry, people are not homeless and all Americans have healthcare. The level of inequality in America is obscene and a threat to our democracy. https://t.co/CbMWYnPFUx

Monday’s tweet from Sanders continued an exchange of posts from the pair, which appeared to begin when Musk responded to a Sanders tweet from last week that claimed Musk and Amazon CEO Jeff Bezos owned more wealth than the bottom 40% of Americans, characterizing that level of “greed” and “inequality” as both immoral and unsustainable.

We are in a moment in American history where two guys — Elon Musk and Jeff Bezos — own more wealth than the bottom 40% of people in this country. That level of greed and inequality is not only immoral. It is unsustainable.

In response, Musk noted that he is “accumulating resources to help make life multiplanetary & extend the light of consciousness to the stars.”

According to Forbes, Musk had a net worth of $170 billion as of Monday.

The publication claims the billionaire businessman gained more wealth than anyone in the world during President Donald Trump’s tenure to roughly $184 billion from $12.9 billion, earning him the title of the second-richest person in the world.

Is Sanders right to attack Musk for his desire to colonize the galaxy and for his success in the business world, or is her merely attempting to once again push a radical socialist agenda on American visionaries like Musk who are attempting to create a better world?

REPORT: Biden in Regular Contact with Obama to ‘Consult’ on ‘a Range of Issues’
GRAPHIC Video Emerges of Mass Shooting in Boulder, CO, Police Identify Suspect as Ahmad Al-Issa

Sanders shouldn’t be talking about taxes or money since he has tons of it himself, and sure he doesn’t pay his, just look at the mansions and cars he has, for doing nothing. Sanders you need to practice what you preach.

henk_USA
Reply to  Raymond A Martucci

he should be living in Cuba, venezuela or NK…!

In a sense, Bolshevik Bernie IS living in Venezuela. While the rank and file gentry watch their standards of living collapse, the leaders are flying around on luxury jets, rubbing the noses of the proletariat in their wealth while they languish in opulent mansions. Why don’t we ask the tens of thousand of homeless Americans what they think of this guy? Their responses may be revealing…

right now thousands of illegals are storming the border because of bribem’s overturning of trump’s xo’s!so the american taxpayer is on the hook for 89 million to housse,clothe,and feed them.in the meantime thousands of homeless sleep in the streets and many are veterans.as a two tour nam vet it sickens my stomach!

TRACKER1
Reply to  Raymond A Martucci

Two words will strike fear into the hearts of these nabobs: TERM LIMITS.

When are you and the other big democracts like pelosi going to pay?

These two men have created thousands of jobs from nothing. Bernie hasn’t created anything except to get rich off of the American tax Payer. If for some reason Bernie goes missing, nobody would miss him.

Well said. In fact, most of the Democrats or Liberals could mysteriously go missing and America would be better for it.

You make my mouth water.