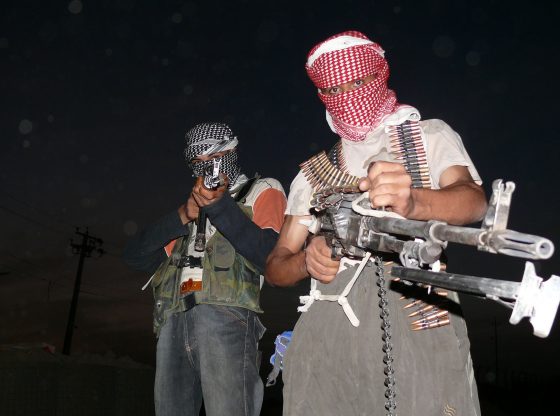 According to a shocking new report The Customs and Border Protection agency has now confirmed to Congress that four people arrested since October 1, 2021 at the US southern border have now been identified as being on the FBI’s Terrorist Screening Database.

Meaning that under Biden, the southern border of the US has become a sieve through which known terror suspects are now crossing into the US in an unfettered manner.

Three of the people arrested were from Yemen and one was from Serbia. The four arrests are more than the number of similar people taken into custody during recent full fiscal years, according to the source. In fiscal 2018, six people from Yemen and Bangladesh were arrested.

Most migrants arriving at the U.S.-Mexico border come from Mexico or Central America and are seeking asylum, family reunification or better jobs in the U.S.

Republican House members who visited the border on Monday said an unspecified number of migrants crossing the border had names matching those on the terror watchlist.

In addition to economic chaos and continuing lockdowns in Democratic states, will Americans also have to now worry about terrorists flowing over their southern border in the coming years? Let us know what you think in the comments below.

POLL: Should WaPo Release Their Phony Trump Source?
All the Things Mitch McConnell Just Announced the GOP Could do if Democrats Eliminate the Filibuster

Treason for encouraging and supporting the invasion of our border!

I wonder if the Big Guy is getting a payoff from the cartels?

If found of treason anyone will face the firing squad. Really to good for them

Arrest all them in office . For ruin lieing about trump he our PRESDIENT not Biden or Harris .

Biden has blood on his hands – and buckets more to follow.

I agree with you, THE TOP DEMOCRATS HYPOCRITES, THE LYIEST ARE ABUSING THE ECONOMIC SYSTEM OF THE COUNTRY WITH THE CENTRAL AMERICA’S ABUSERS.

Close the Border biden you are making America less safe and finish the Wall.

All the damn dumbasscrats are committing treason

Yep soros won’t stop to we are all dead along with America. Why is this man still living

He doesn’t give a rat’s ass