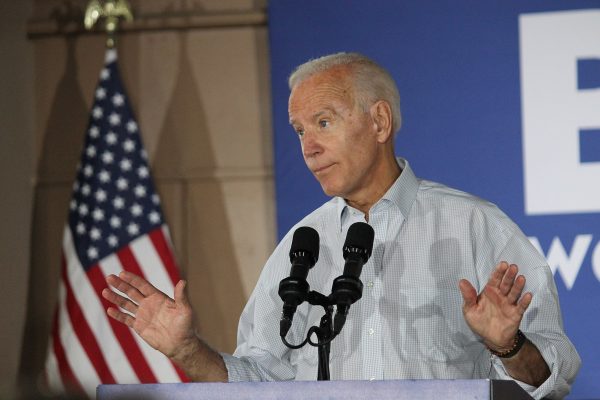 Republicans are fighting back a day after Joe Biden slammed red states that had dared to reopen their economies after almost a year of brutal lockdowns as ‘Neanderthals.’

Senator Josh Hawley slammed Biden for his remark, pointing out that it stood in stark contrast to his previous rhetoric in which he claimed he wanted to ‘unite’ Americans.

Sen. Josh Hawley, R-Mo., slammed President Joe Biden’s criticism of “Neanderthal thinking” by red states who have dropped mask mandates, arguing it goes against Biden’s past calls for unity in the country.

During a Thursday appearance on “Fox & Friends,” Hawley criticized Biden’s past rhetoric against people that disagree with him politically and urged the president to follow the science in regards to whether or not mask mandates are necessary at this point in the pandemic.

“What a uniter Joe Biden is. You know this is Mr. Unity. And yet if you disagree with him, you’re a Neanderthal. This is a guy who’s also called people who disagree with him Nazis. It is unbelievable,” said Hawley.

Additionally, Hawley criticized Biden’s coronavirus stimulus bill for not putting a larger sum of money towards vaccine distribution while designating funds for things like “abortion providers” and “environmental justice.”

Senator Marsha Blackburn joined Hawley in calling out Biden during an appearance on Fox Buisness in which she pointed out that being a ‘Neanderthal’ wasn’t necessarily a bad thing:

As my dad would say, ME THREE!

I’m in. I’m proud of the opinion of an old retarded fraud.

Real M!!!! Welcome aboard. Now if only Diane don’t show up.

I FEEL SO UNITED, THANKS TO JOEY, SO MUCH COMPROMIZE, NOT. C’MON MAN! A DEMENTIA DUFUS IS RUNNING OUR COUNTRY. HOLD ON!!!!!

OMG HE HAD TO ASK NANCY WHAT AM I SUPPOSED TO SAY OR D O NEXT? We are in huge trouble. She is acting president and to me that is treason.

Give bIdumb a break. His nursing handler was not there to guide him.

No , Sadly Joe is NOT running our Country . The actual People running America are for worse than He is.

His own wife sold him out. So sad.

You are so right!!

Biden doesn’t even know what day it is the far far far left of his people are running the Country and I can guarantee that kh and puglosi are controlling everything that is coming out of the white house, All I can say is we are in a hell of a mess with these two dumbest, GOD HELP AMERICA, IF SOMEOME FROM CONGRESS DONT DO SOMETHING FAST WE ARE GOING TO LOOSE OUR GOD GIVEN RIGHTS AND WE WILL BE IN A COMMUNIST REGIME IT ALREADY HAPPENING, THE ARE CANCELING DR SEUSS BOOKS, WHAT IN THE HELL IS GOING ON IN OUR COUNTRY, (COMMUNISM THATS WHAT!!!!!!! WAKE UP PEOPLE!!!