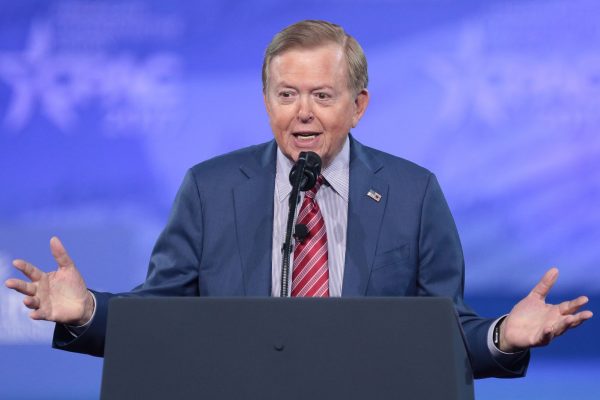 Lou Dobbs laid into Conservatives who had the audacity to turn on President Trump just months after he endorsed many of their own candidacies in the November general election during an interview with Trump’s former chief of staff Mark Meadows.

Dobbs went on to call out the leadership of the GOP, including Mitch McConnell and Leader McCarthy, for not being up to the task of successfully and faithfully carrying out President Trump’s America First agenda.

Dobbs stated that ‘It’s pitiful to watch what happens to Mitch McConnell’s face when he hears the name, Trump’:

I simply started out 6 weeks ago and I’ve gotten 2 test for a total of usd 4,200. This is the great choice I made in a long term. Thank you for giving me this super possibility to make extra money from domestic. This extra money has modified my lifestyles in so many approaches, for more info.,…….. ­x­u­r­l­.e­s­/Work80

Hey Ariadne, this not a forum to try to sell your scheme.

She must be a Democrat because they think everyone that’s not them are stupid.

ariadne is a low class of low

I DEFINITELY AGREE WITH LOU. ABOUT TIME SOMEONE TOLD THE LOWER REPUBLICANS OFF. THEY ARE PROBABLY SCARED OF THE DEMOCRATS THAT ARE IN OFFICE THAT LIE CONTINUOUSLY. I CAN’T STAND EVEN TO LOOK AT ANY OF THE DEMOCRAPS AND NOW THERE ARE LOW SLEAZY REPUBLICANS INCLUDED SUCH AS KLININZER (sp) Illinois.

Republicans are worse than Democrats . Democrats will tell you what they want to do and do it . Republicans lie to get elected . Then get to DC and help the Democrats .

TRAITORS ! There’s a reason why it took a whole DAY to execute TRAITORS. As opposed to the much more “pedestrian” methods of doing away with enemies.
They deserved a “really special” brand of punishment…

Madeleine
Reply to  Marilyn of Janesville

A lot more goes behind the scenes . They threatened a lot of Republicans to vote for Biden because their families were in grave danger (by these evil people) and threatened to bomb their states. Another tactic used is to get a senator or congressman in a compromising situation either with a girl who is not his wife, or they bring a camera, a child and a gun! He is forced to rape the child then kill it all recorded. The Military and President Trump are busy draining thi8s sick evil swamp. Pray for them its dangerous.

Thank you Lou Dobbs, for stating publicly that so many of us conservative Americans would like to publicly state. ALL TRUE!!!

We need more then telling these traitors off we need to crush them forever.