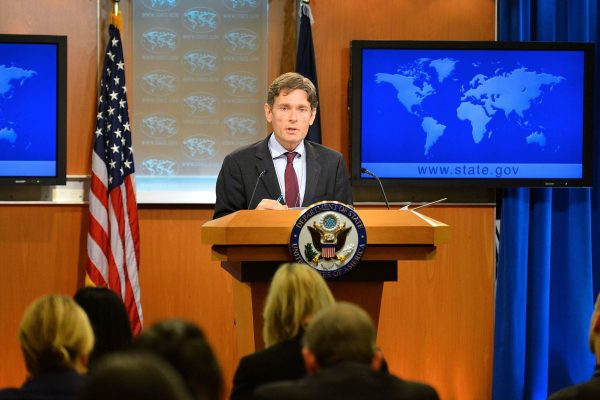 Yet as the percentage of estimated votes counted grew, Republican Thomas Kean Jr. whittled down Malinowski’s seemingly insurmountable lead to the point that the New York Times retracted its projection calling the race for Malinowski, now labeling the election too close to call.


With approximately 96% of the vote reported, Malinowski leads Kean by just over 4,000 votes — or a one-point margin. (Western Journal)

About 400,000 votes have been tallied in the race and 38,000 remain uncounted, the New Jersey Globe reported.

Kean, who has been the New Jersey state Senate Republican leader since 2008, hasn’t commented on the tightening race.

The Associated Press, which called the race on Nov. 4, said it is currently monitoring the situation.

From @AP spokesman: “The Associated Press continues to watch and analyze vote count results from New Jersey’s 7th Congressional District as they come in. We will follow the facts in all cases.” https://t.co/JgvbGqGilW

Kean’s father served as the governor of New Jersey for eight years before chairing the 9/11 Commission.

How can That be, We thought we had fixed this race for the socialist on the left

Has the LEFT ever done anything RIGHT?

The left will never do anything Right; however they will produce a crooked scheme to cheat our voting system and they will do it so WELL that we may never be able to unwind the evil trail that produced it.

Obama is the blame for this ballet cheating and fraud nothing ever happened this bad tell obama was elected illegal now thers another one thats thats illegal trying to be aVP another races along with biden.

Obama is the mouth of the beast, not the brains.

No! In todays World they can cause mischief from anywhere. Rather Gitmo or worst as with modern technology they can still cause plenty mischief.

Left is left and right is right- Goats from the sheep… it’s just that the left is so disturbed by their actions, they accuse the right of doing what they do, while claiming the left does all the positive things the right does. The Bible claims them as those who claim black is white, down is up, and good is evil.

Democrats thought it was in the bag since it was New Jersey. Oops! But don’t worry, they’ll take care if it in 2022.

it is very sad that grown up adults have to cheat in any election destroying pubic trust , but this only proves there was corruption in the Obama administration & it never got caught under , but we all know about that corruption , with Burisma, Obam Laden, corona virus , & Obama’s play book, thy will get caught , Hillary, it’s quite amazing how they can go on pretending like nothing went on . making millions of dollars while lying . how do they sleep at night !!!!

apply same to Pres Trump 2, other races, heard some cast votes with Trump only one on ballot no downvoting

Bet this didn’t happen with near the frequency as did with biden votes !

I would love to have those ballots analyzed. Were they printed that way or did many of the ballots have the same ink, from the same pen?

I agree. Fraud is fraud. No more counting without observers, and no more mass ballot drops.

In case you don’t get it, stephen russell, fraud robs you, and everyone else of equal representation.

Michael you just have to IGNORE Stephen. He is just another KID in daddy’s basement He does not have a clue what has been done to America !! with all of theses Communist loving As..Ho..es

Those were Biden votes. Over 96000 of them in one state, believe it was PA or Georgia.

What else did globalist media, cliton opinion and feelings network feed you . . . . .

Nope! President Trump did actual Rallies and worked hard unlike sleepy creepy lying Biden. He earned his votes and has done more for America and the World than any Politician with smooth talking spin. God love and bless him always

The Democrats do not want any recounts or scrutiny of the ballots. They know they could not only lose more House seats, but a Senate seat, and Trump could reclaim some of the states Biden is now claiming.

Remember the hanging chads in Florida in 2000. Thirty seven days and two trips to the supreme court. gore did to get to be the president.
Remember the presidential race in 1988? Biden was kicked out of that race for plagiarizing speeches from Neal Kinock, a member of British Parliament..

Totally agree with ‘nonips’ !! Have people sitting at a table wjpo will take your ballot and tally it right then and there, and notate YOUR vote while you are watching. Think that would work? Or would the far lefties still figure out a way to screw it up?

It is a great idea & we must do it , BUT their are seniors, Handicapped & Military Must have Absentee ballots. They they have applied for at the recorders office of their home cities showing legal citizen papers. Birth certificates, Passports & legal resident status

Dont worry, President Trump has sorted out all future elections. It will never happen again. He used a foolproof Quantum Accounting system called QFS. The Military are counting the Blockchain votes and there is a built in tracking system in it too. It tells he history of each vote. According to the Blockchain, President Trump won in a Landslide He got over 80% of the votes