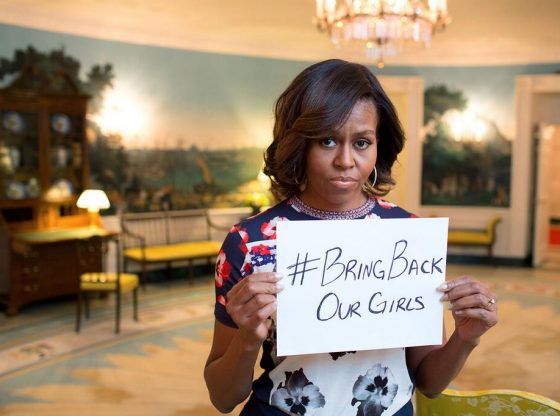 Obama took to Twitter to offer her congratulations to former Vice President Joe Biden — and his running mate, Democratic California Sen. Kamala Harris — after multiple media outlets projected him the winner of the 2020 presidential election.

Thank you to all of you who poured every ounce of your hope and determination into this democracy over these past four years, registering voters, getting them to the polls, keeping folks informed. More votes were cast in this election than ever before. It’s because of you.

Let’s remember that tens of millions of people voted for the status quo, even when it meant supporting lies, hate, chaos, and division. We’ve got a lot of work to do to reach out to these folks in the years ahead and connect with them on what unites us.

She pushed voters to remember that every election would bring a new challenge, going on to mention the upcoming runoff elections for both of Georgia’s U.S. Senate seats — which could potentially change the balance of the Senate in Biden’s favor.

So it’s up to us to stay engaged and informed, to keep speaking out and marching on. We’ve got to vote in even greater numbers in the upcoming Senate runoffs in Georgia—and every state and local election going forward.

Republicans in Georgia’s U.S. Senate races won a plurality of the vote, but neither reached the 50% threshold to avoid a runoff.

Fox News reported over the weekend that Senate Minority Leader Chuck Schumer promised adoring fans in New York City that Democrats would win those races and retake control of the Senate.

“Now we take Georgia and then we change America” pic.twitter.com/uIoy1NRR62

With the certainty of a Democrat House and the likelihood, at this point, of a Democrat presidency, Republicans have framed the Senate races as their last stand against the left’s socialist agenda.

She has it all wrong. It is the Democrats that supporting lies, hate, chaos, and division. The Democrats are even for murder so they get what they want! Our hope is in GOD through JESUS CHRIST!

Father have mercy on your Christian family

I agree and what right does she have to say anything about us Trump supporters , we vote her dam ass in 4 years ago, twice we al vote a lier in the home of Americans.
Thank you Jesus,

She knows that! I have never wanted to get rid of ex-leaders to be put down like dogs. One day she will be brought to justice.

AMEN! SHE HAS THE LIES, HAT, CHAOS AND DIVISION TOTOALLY REVERSED. IT’S STILL GOING ON TODAY AND THE ANTIFA AND BLM CLANS SAY F**K BIDEN SO WHAT DO THEY WANT! JUST TO RIOT AND DESTROY AND MAKE OUR CITIZENS FEEL VERY UNSAFE! TIME TO STOP THIS NOW!!!!!!

That’s true , whatever they claim their opponents are doing is generally EXACTLY what they are doing . During ” peaceful ” protests who gets attacked? It’s not the left.

Amen Amen too and Amen means and thats thats. Only I still say pee on M. Obumee

Who gives a $hit what Mooshell says? Did they ever prove that she was not a guy.
unity my A$$.

That would be impossible to do, since he still has all his “junk”, not to mention XY DNA ( women all have XX).

Y’all ain’t stealing this one you monkey wh0re!

You should not speak in public. You shame us all.

The truth must be told. Even if it offends some idiots.