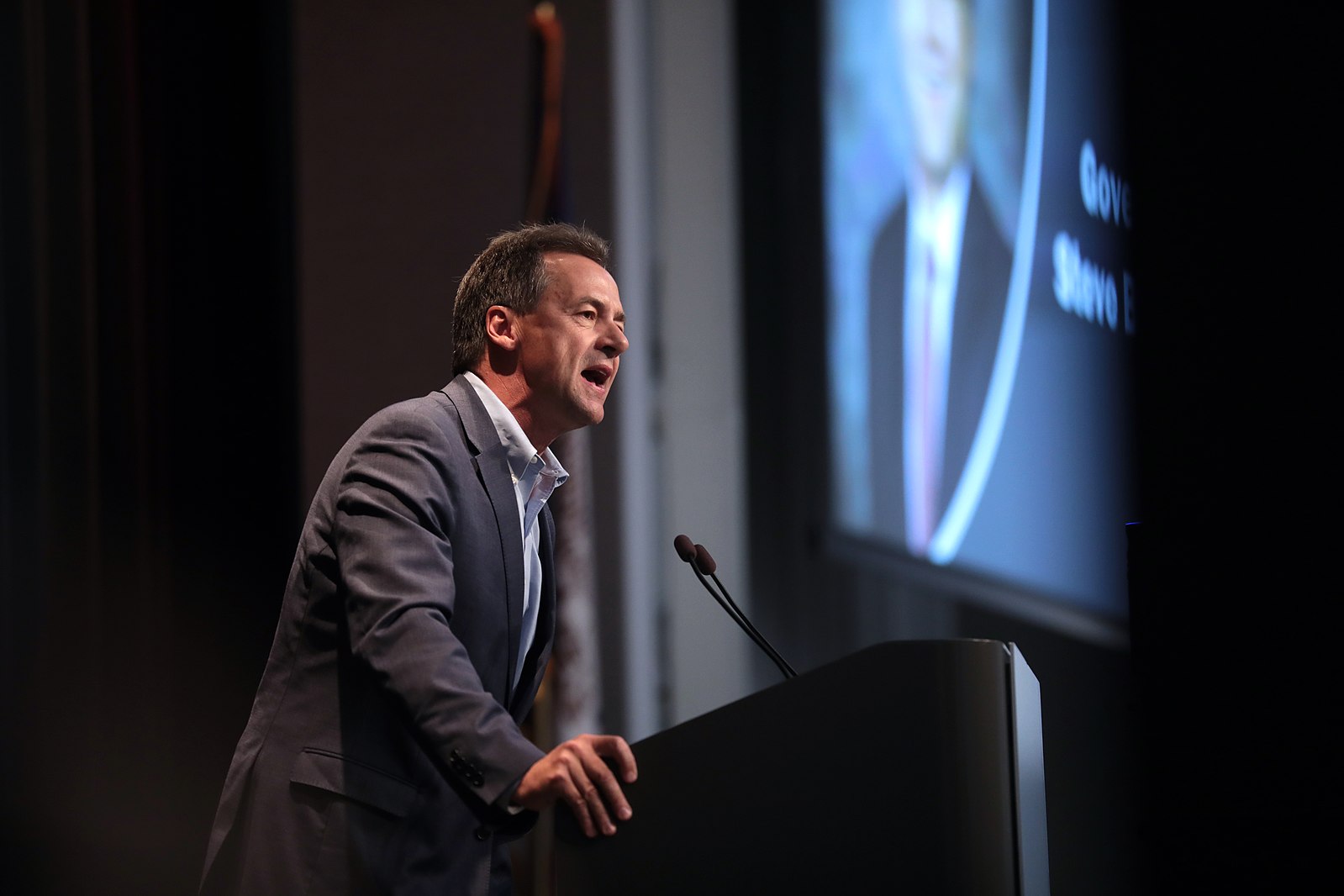 But in a year in which the “Me Too” movement is holding politicians accountable for abusing women, Bullock’s own troubled history with women is coming to light.

A mailer from “More Jobs, Less Government” PAC is reminding voters how Bullock forced out the state’s female lieutenant governor while covering up sexual harassment by a staffer and paying female employees a fraction of what he paid men.

Bullock won Montana’s top job in 2012 with former state official John Walsh as his lieutenant governor. When U.S. Senator Max Baucus resigned to become then-President Barack Obama’s ambassador to China, Bullock appointed Walsh to the Senate. Walsh’s was later forced to quit his campaign to be elected to the seat when it was discovered he plagiarized the paper for which he was awarded his Master’s degree.

Bullock then appointed teacher Angela McLean his lieutenant governor in a bid to appeal to women ahead of his 2016 re-election. He later forced her resignation over admitted personal conflicts between the two, pushing her to take a demotion from lieutenant governor to “director of American Indian and minority achievement in the office of the state commissioner of higher education.”

The state later released years of Bullock emails showing her forced her out simply because he didn’t like her. Bullock replaced her with Mike Cooney, a 62-year-old white insurance lobbyist.

His move to quickly push out a woman contrasts sharply with how he fought to keep on staff a top aide accused of sexually harassing women.

When Bullock was head of the Democratic Governors Association in 2015, top Bullock aide Kevin O’Brien was accused of sexually harassing women. O’Brien had worked for Bullock in the state attorney general’s office, the governor’s office and the 2012 campaign, making it nearly impossible for Bullock to not know of the years of harassment.

Bullock quietly negotiated his removal and when O’Brien was recommended for a job with New York City Mayor Bill DeBlaio, Bullock never informed DeBlasio of O’Brien’s harassment even though the three met in person.

A Bullock spokesperson told the Helena Independent Record he “did not tell de Blasio about the dismissal because he believed O’Brien would not harass women again after his firing from the Democratic Governors Association, something Bullock now believes was not a strong enough action to prohibit further women being harmed.”

Bullock’s sexual harassment cover-up became a defining issue in his doomed 2020 presidential bid and may sink his troubled Senate bid.

Do all dems use their position to use and abuse women? Sure seems that way.

It’s been that way since the beginning of the demonrat party. Remember, they fought tooth and nail to prevent equality for women, to the point they arrested and imprisoned Susan B. Anthony for the heinous crime of fighting for women’s right to vote. They’ve been the party of suppression since it was started.

I’ll be surprised if the “me too” folks say anything, after all dems seem to get a pass all the time from them!

yeah, Me Too quit when Biden was accused. Now it’s ‘get all the facts’ which really means we’ll forget about it

Isn’t it funny how, as leftists slander conservatives more loudly by the day, their own malfeasances manage to come into daylight?
Leftists are too blind to see their glass houses.