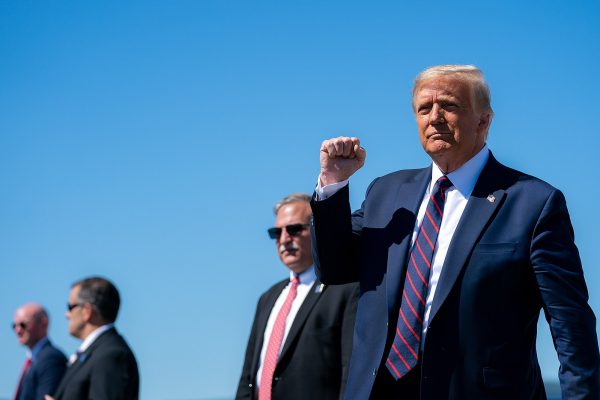 Democrats and their media enablers are working overtime to try to gaslight the American people into believing that white supremacists are behind the violence consuming our cities and that President Trump is solely responsible for the disarray in liberal bastions witnessed by millions in their living rooms.

Easily documented facts fly in the face of their accusations. And polls indicate the electorate isn’t buying their claims — yet.


Given the left’s monopoly on mainstream media, progressives likely feel confident they can inexorably persuade voters skeptical of their claims. Which makes disseminating this video all the more important.

The most important video of 2020
pic.twitter.com/3nMNlxl5Q8

So, who’s really to blame for what we are seeing in Portland, Seattle, Washington D.C., etc.? The obvious answer is that it’s the Democrat Party. In this video, we see Nancy Pelosi and Ayanna Pressley both call for uprisings and unrest in the streets. We see Chris Cuomo argue that riots are actually good and part of protesting. You also see Don Lemon call white men the “biggest terror threat in the country” and Pelosi say that Republicans are “enemies of the state” and domestic terrorists.

It doesn’t end there, though. For a full two minutes, we see other Democrat figures, including those in the media, talk about assaulting Republicans. Maxine Waters makes her appearance from a past viral clip in which she tells people to go and harass people that disagree with her publicly. When you see it all condensed like this, the rhetoric is just insane.

Joe Biden can’t run from this. This is his party and his own VP candidate is shown in the video saying that the madness is not going to stop and shouldn’t stop. No amount of playing moderate or peacemaker will change the fact that Democrats actively encouraged the rioting for months. Why? Because they thought it would help them politically. That’s what makes their about-face so cynical and gross.

But tell me more about how it’s Trump’s fault. No one is buying that. We have eyes and ears and the receipts have been kept.

READ NEXT: Elderly Man Assaulted for Defending His Store >>

the democrat party should be dissolved, the speaker halfwits need to be arrested and reprogramed most of them are pure garbage especially that has been actor trying to be tough i would love to give him what he/she deserves

Lined up and shot for treason!!!