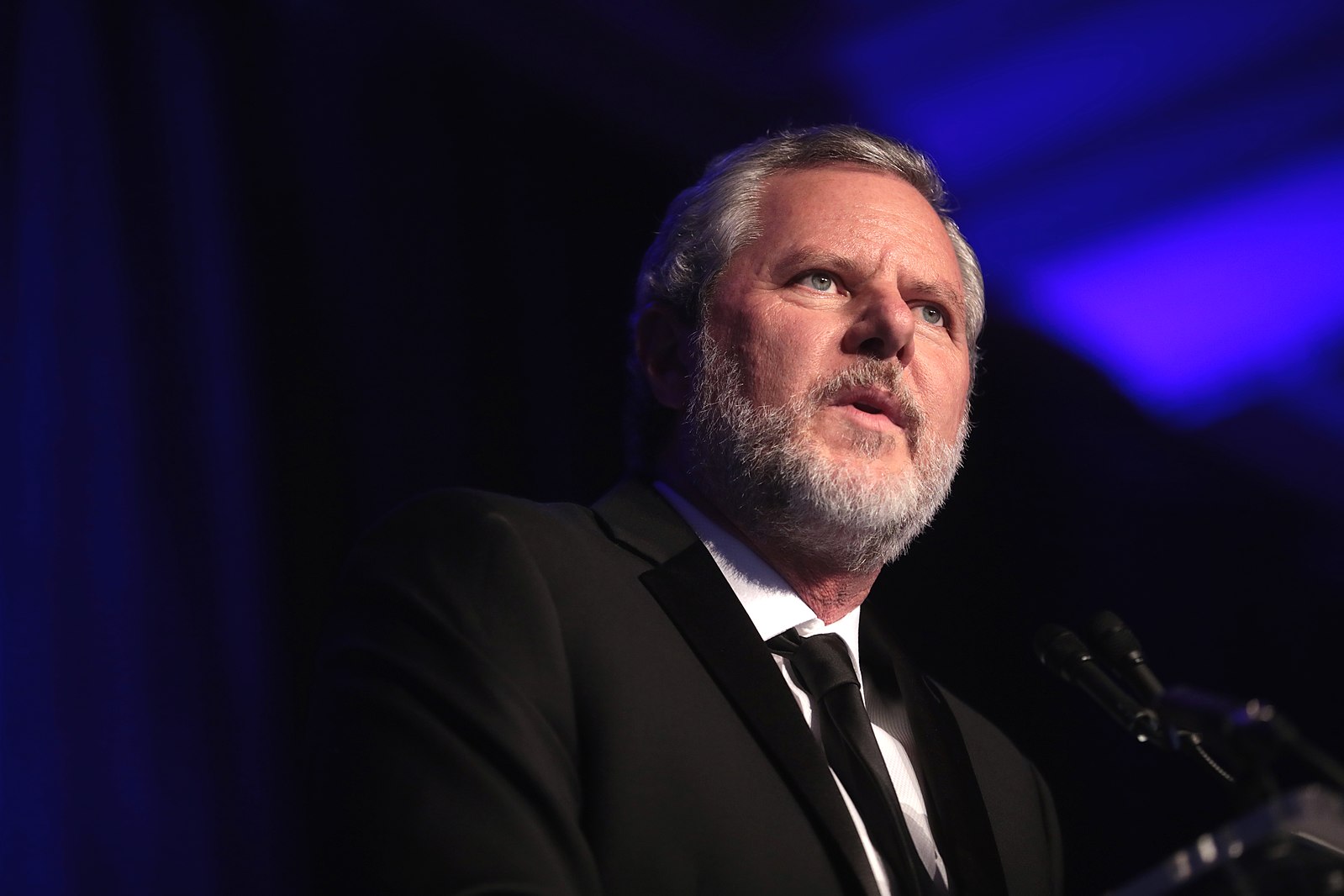 North Carolina Rep. Mark Walker, the vice-chair of the House Republican Conference, is calling on Liberty University President Jerry Falwell Jr. to step down over a controversial photograph that would violate the Christian university’s code of conduct.

Walker is also a board member of Liberty University’s music program.

As a Music Faculty Advisory Board Member and former instructor @LibertyU, I’m convinced Falwell should step down.

None of us are perfect, but students, faculty, alumni and @LUPraise deserve better.

Earlier this week Falwell apologized for posting a vacation photo with his pants unzipped and arm around his wife’s assistant.

“I’ve apologized to everybody,” he said. “And I’ve promised my kids I’m gonna try to be a good boy from here on out.”

“She’s a sweetheart, and I should never have put it up and embarrassed her,” Falwell added.

One outlet reported that their costumes appeared based on characters from the cult television show “Trailer Park Boys.” Falwell refused to comment.

He further denied accusations that the dark beverage in his hand contained alcohol. Nevertheless, the photograph wouldn’t have come close to the standards of Liberty University’s famously strict moral code that eschews promiscuity and demands students dress modesty.

Falwell has been embroiled in embarrassing controversies before but none have landed a fatal blow. He retains his prominent position and influence with social conservatives.

Do you agree with Falwell that the photo was all in good fun or has he become a distraction to school he leads? Let us know your thoughts in the comments below!

never act cool by trending the way other people wear their clothes.. Her pants were too tight… so try not to mix in with the not so bright people

its none of your business how she or anyone dresses

Yes, it is my business when the way people dress offends my sensibilities.

I am a graduate of Liberty Home Bible Institute 1985. I believe that Jerry Falwell Sr. would be appalled by his son’s behavior. This violates modesty rules. He should step down- he has let all Christians and supporters of Liberty University down. Yes, how you dress does reflect on your character.

The way she dresses tells the world how she feels about herself and doesn’t care about how others feel. Totally self-centered and selfish./