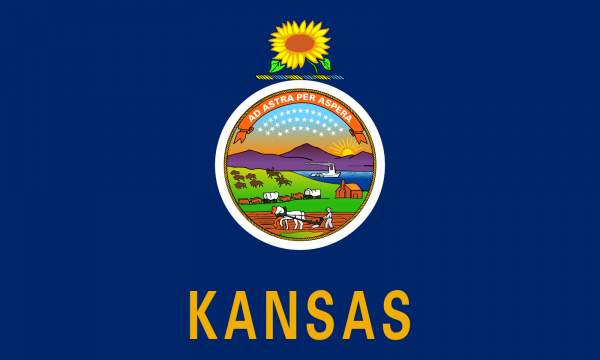 Congressman Steve Watkins (R-KS) has been charged with three felonies and a misdemeanor for voter fraud Tuesday evening.

Court records show Watkins is being charged with felonies “Interference with LEO; Falsely report a felony intending to obstruct,” “voting without being qualified,” and  “Voting; knowingly mark/transmit more than one advance ballot.” He was charged with the misdemeanor “Notice of change of address.”


The allegations surround the claim he voted illegally in 2019 in a local city and school board election. He was reportedly registered to vote at a Topeka, Kansas UPS store.

Watkins, a first-term lawmaker, is scheduled to face a GOP primary challenge on August 4th.

The charges against him were announced within an hour of his first televised GOP primary debate which caused further controversy.

Bryan Piligra, a spokesman for Watkins campaign responded to the charges and the timing of them:

“Give us a break. 30 minutes before the first televised debate and the day before early voting starts, the DA – who shares a political consultant with our primary opponent Jake LaTurner – files these bogus charges. They couldn’t have been more political if they tried.”

“Just like President Trump, Steve is being politically prosecuted by his opponents who can’t accept the results of the last election.”

“Kansans and Americans are tired of these kinds of silly games. This is a desperate political campaign on its last dying breath down twenty points. Jake LaTurner is hell-bent on seeing Democrat’s win and undermining Republicans at every turn.”

Watkins’ hearing is scheduled for December 3, 2020.

Sounds to me like they are running scared. Making bogus charges just to make people change their mind makes me wounder if they are doing the same thing just to draw attention away from them. I myself would not hear them because I have a brain to make up my own mind and I can see through the lies.