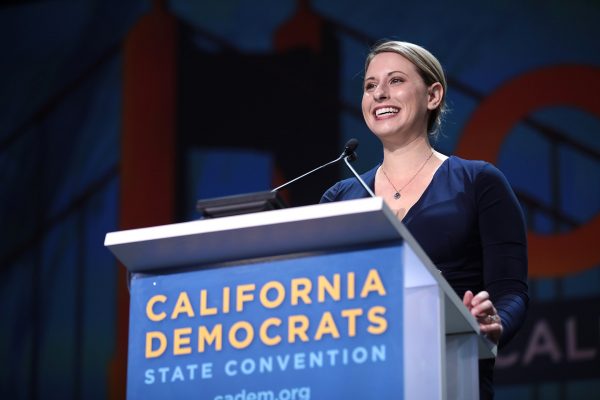 Democrats are fearful of losing another House seat in the upcoming special election to replace disgraced California Congresswoman Katie Hill.

The election will decide who will serve out the rest of Hill’s term, and with Republican candidate Mike Garcia showing renewed strength, Democrats may have reason to be worried.

Democrats are fearful that their grasp on a House seat in California they flipped less than two years ago may be slipping.

The party is scrambling to hold onto California’s 25th District in a special election set for Tuesday, when their candidate, state Assemblywoman Christy Smith, will face off against Republican Mike Garcia for the seat previously held by former Rep. Katie Hill (D-Calif.), who resigned last year amid a House ethics investigation into an inappropriate relationship between her and one of her staffers.

Public polling in the race has been scarce in recent weeks, though privately, Democrats acknowledge that it’s likely to be a nail-biter, and election handicappers have marked the contest as a toss-up. If Garcia defeats Smith on Tuesday, it will mark the first time a Republican has flipped a House seat in California since 1998.

Hill won a 9-point victory over one-term Rep. Steve Knight (R-Calif.) in the 2018 midterm elections, flipping the last remaining GOP-held House seat based in Los Angeles County. Her victory was part of a series of wins by Democrats in longtime Republican strongholds in California, including in Orange County and the Central Valley.