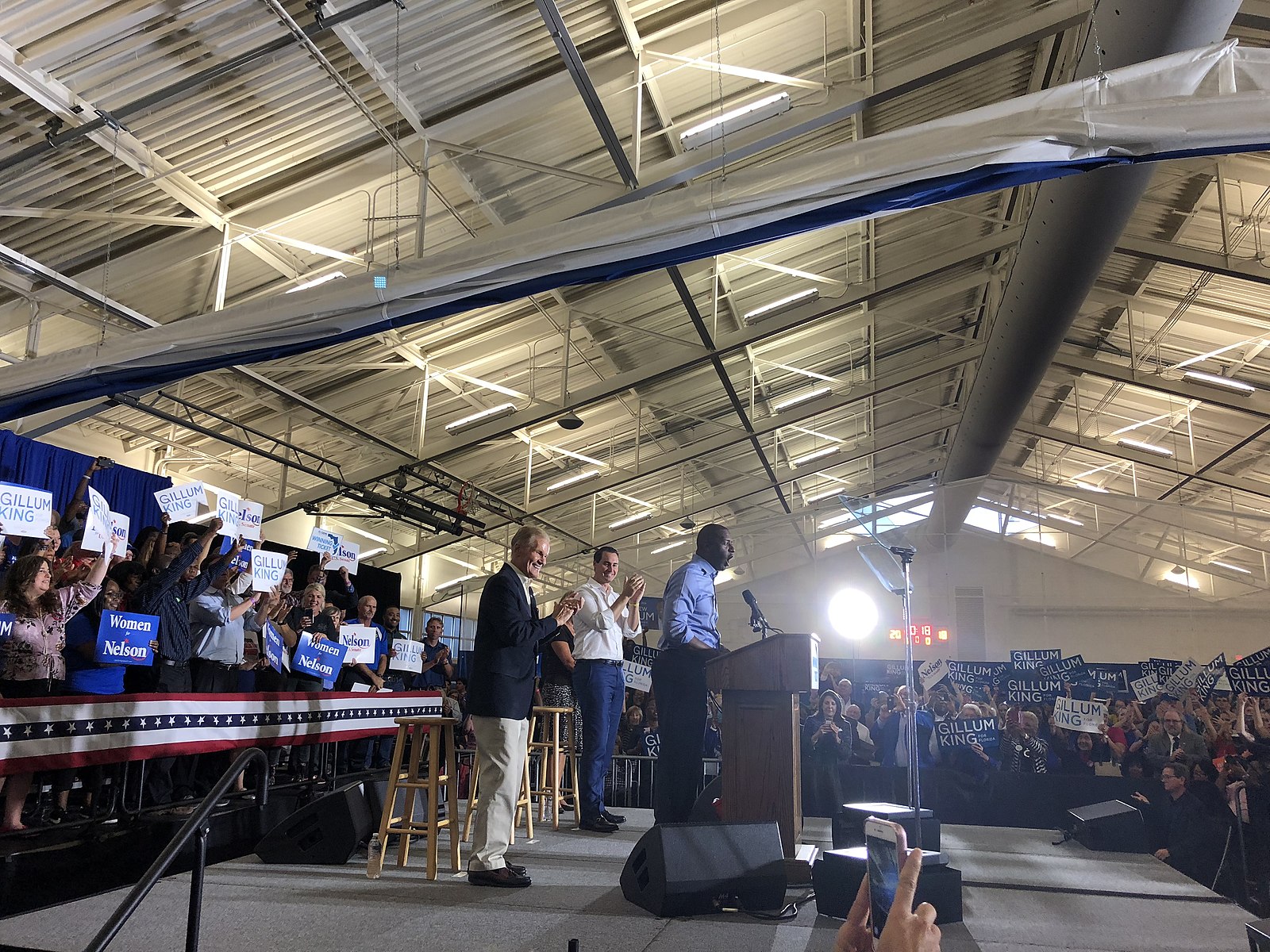 Democrat Andrew Gillum lost the race for the Florida governor’s mansion by a mere 0.4%.

At the time, voters appeared bitterly divided in the red-tilting Sunshine State. Since then, Republican Ron DeSantis has become one of the most popular governors in the country.

But if any Floridians need reassurance to confirm they made the right choice in choosing DeSantis, today’s news from the Miami Beach Police Department will do just that.

According to a police report, Miami Beach Fire Rescue crews were called to a hotel at 1100 West Avenue shortly before 1 a.m. regarding a suspected drug overdose.

Authorities said Gillum, 40, and two other men were inside the hotel room at the time.

The police impounded the suspected narcotics as evidence.

Officers reported that they attempted to communicate with Gillum, but that he was too inebriated.

Gillum returned home to his wife and children “without incident.” It is unclear if he or the other men will face charges.

He has since released a statement to the press:

Gillum: “I was in Miami last night for a wedding celebration when first responders were called to assist one of my friends. While I had too much to drink, I want to be clear that I have never used methamphetamines.”

Apologizes for “distraction this has caused our movement.” pic.twitter.com/TDY7mnZGYO

After losing the 2018 gubernatorial election, Gillum had to settle for being an on-air contributor at CNN.

The cable news network has not commented on his employment status.

How come blacks and communists have movements. And, most of them appear to be bowel related.

CNN must be so proud.

Why was Gillum not locked up immediately? If that had been most of us, we would have been thrown to the ground with someone’s knee on our neck and wrestling our hands behind our backs; perhaps even a few kicks to the ribs for good measure!
One of the prophecies for the “end times” is that there will be no justice; people calling good evil and evil good, seems the courts have been doing this for some time now!

That’s my question, too. I kept expecting to read in the next line that all three of them had been arrested. So — why not? And it does look like the “end times” prophecy is manifesting itself.

they have a “D” behind their name and he is black. Laws in socialist Amerika are only for conservatives and white people. Soon the law abiding will no longer have a reason to obey and will “take out” the communist. Amerika the oligarchy (since 1963) will be America the republic again. I HAVE A DREAM