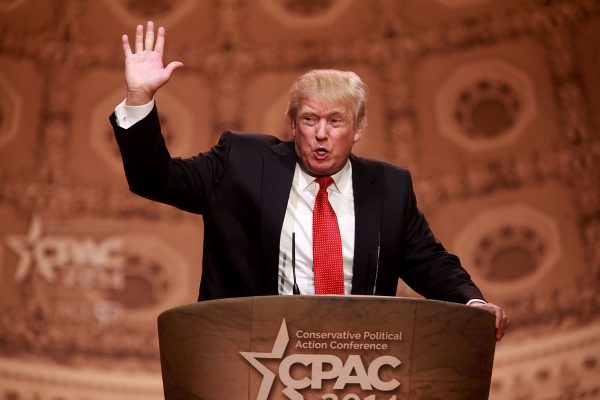 “The American Conservative Union has learned that one of our CPAC attendees has unfortunately tested positive for coronavirus,” the group announced in a statement. “A New Jersey hospital tested the person, and CDC confirmed the positive result. The individual is under the care of medical professionals in the state of New Jersey, and has been quarantined.”

“ACU has been in contact with the Health Department of the State of Maryland, and we will explicitly follow the guidelines from government health experts.” The conference was held in Maryland, just across the border from Washington, D.C.

The patient contracted the virus before traveling to the conference, and came into contact with potentially thousands of attendees, though he did not enter the main hall where Trump and Pence spoke.

Gosar and three of his senior staff had prolonged contact with the patient and are now under self-quarantine. All are asymptomatic as of this report.

Cruz’s interaction reportedly consisted of “a brief conversation and a handshake.”

Although Cruz does not meet the CDC criteria for self-quarantine, the senator office’s says he is doing so “out of an abundance of caution.”

Among the other attendees are many of the leaders and staff of America’s top conservative groups, along with conservative media personalities and Republican members of Congress.

“Our children, spouses, extended family, and friends attended CPAC,” the statement read. “During this time, we need to remain calm, listen to our health care professionals, and support each other. We send this message in that spirit.”

“Any attendee who has questions can contact ACU or the Department of Health of the State of Maryland,” the statement added.

While coronavirus has a relatively low death rate it is more easily transmitted than influenza, meaning the virus could possibly transmit to not just CPAC attendees, but those in contact with CPAC attendees.

ALL REPUBLICANS need to follow Sen Curz. And LEAVE the DELUSIONAL DERANGED and DEPLORABLE LOWLIFE DEMOCRATS hang in the Breeze ! Let these DERANGED LOWLIFES hang themself while this VIRUS continues hovering
around the Country. And let them see how it feels to get no support from anyone .

Dengue is killing more people in the world than corona virus does.
No one is mentioning that at all.

Get a grip people and calm down. An estimated 32 million Americans have come down with influenza since this years flu season began in late September, resulting in about 18,000 deaths, according to the Centers for Disease Control and Prevention. In the U.S., the number of reported coronavirus infections is significantly smaller with 437 reported cases and 19 deaths. That is a minuscule fraction of the nearly 330 million people living in the country today.
Over 42K killed each year in car accidents…
This hysteria is insane!

You are absolutely correct. Unfortunately it is the enemy of this world who is doing his best to get everybody to panic and not be able to think straight. Wrong report of the facts does not help, which many of the media have been doing.

for those who are concerned…its been known since 2003! that the SARs corona virus Plasmid variant, can be killed by using micro-particle colloidal Silver, up in the 20- 25ppm range, @ .0008um. There are 99+research and test reports verifying this data. And, the CDC, WHO, and NIH, have this data, as well. Nonetheless, IF..anyone is concerned, and want to take precautions, if your in situation, that requires taking maintenance dosages.. then take mCSilver 2-3x daily, IF, U get the seasonal flu or this Corona Virus strain, double up on the dosage, which is what I would do. The EPA has suggested dosages for humans, per their approval of using Colloidal Silver a few years back, and its use in All Hospitals, clinics, cruise ships, and all poultry operations, nationwide, due to its Oligodynamic effects against viruses, bacterium, fungi and parasites. Over 600 to be more specific, per the historical data. You won’t get the Medical Establishment itself, or Most MDs, to embrace what I’ve just said, even though its an absolute Fact. Their too busy covering their collective back forties supporting the Rx Vaccine Industry and the Billions their going to make on this Outbreak. Bon Appetit’

Well the concern is that the virus is very contagious and although you probably will not die unless your immune system is very compromised…it could mean you are quarantined for a long time. No need to panic just be very cautious.