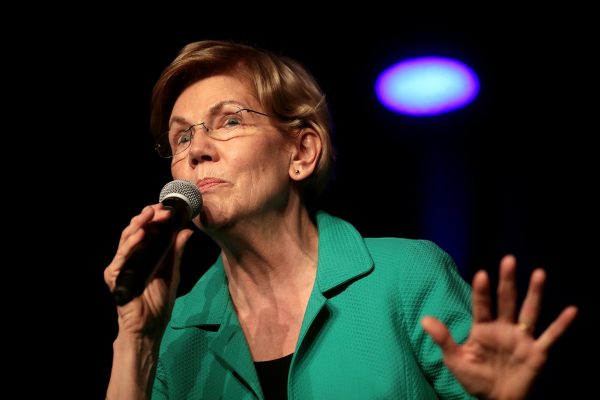 Sen. Elizabeth Warren stunned the political world moments ago by announcing that she has suspended her presidential campaign.


The Massachusetts senator is dropping out of the 2020 race for the White House after a poor showing on Super Tuesday. (CNBC)

Warren will announce her decision to her staff on a call at 11 a.m. ET, according to the person. It was not immediately clear if the progressive Massachusetts senator planned to endorse one of her rivals, a move which could be pivotal as Biden and Sanders jockey for a delegate lead.

Warren’s exit — like that of billionaire Mike Bloomberg on Wednesday — came after the Massachusetts senator’s poor showings in the crucial Super Tuesday contests, when 14 states held primaries, and the territory of American Samoa held a caucus.

It leaves what was once a historically diverse Democratic field essentially narrowed to two white men in their seventies.

if she is not white then what is she, looks pretty white to me

Lizzy Warren took an axe and gave her campaign 40 whacks. Only question is what took so long as she never had a prayer anyway like those other snowballs from Hell that dropped out before her.

The house she was holding out for needed special zoning for a helicopter pad.

No big deal … She was a loser from the start.