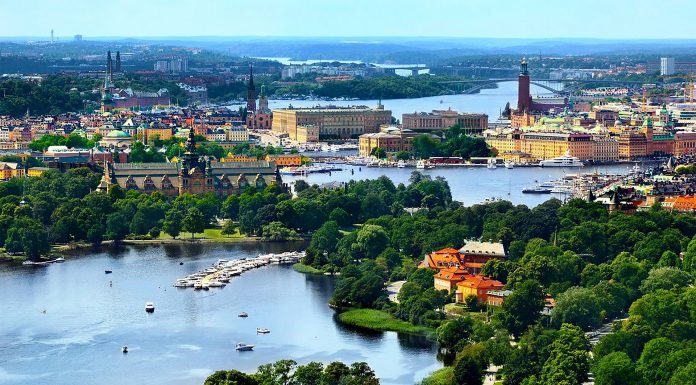 In dealing with the coronavirus Governors who, like Arkansas’ Asa Hutchinson and South Dakota’s Kristi Noem, have refused to shut down their states with the sort “shelter in place” orders of the sort favored by Michigan’s Gretchen Whitmer and New York Governor Andrew Cuomo are attacked almost daily in the media as “uncaring,” or “reckless.”

It would seem that there is only one way to deal with the virus and that is to shut down virtually everything and order people to “shelter in place” and maintain “social distancing” when leaving one’s home to buy groceries or other essentials like marijuana. Any governor suggesting anything else is pictured as irresponsibly putting the people of his or her state at risk of infection and death.

This is a phenomenon not limited to the United States. Sweden has been pursuing a “middle way” in dealing with the virus. Public health professionals there believe no one will be out of the woods until such time as we have access to a reliable vaccine which could realistically take months or achieve what the experts call herd immunity.

They decided early they wouldn’t shut down there entire economy and have instead relied on targeted restrictions combined with suggestions that the public adopt “social distancing” and keep away from large crowds so as to “flatten the curve” and prevent a run on the nation’s medical facilities while allowing the virus to spread at a slower rate to achieve herd immunity.

Thus, they have placed heavy emphasis on protecting the elderly either at home or in the retirement homes so prone to group infections while refusing to close their elementary schools because the data suggests children are the least likely to face serious consequences if they become infected. The European media has been as hostile to Sweden’s leaders as the US media has been to the Governors who haven’t gone along with more stringent restrictions.

Their approach makes sense in the eyes of some experts not just because it saves jobs and allows them to keep their economy at least partially open but also because strict “shelter in place” rules mean it will take much, much longer to achieve herd immunity and risks a massive “second wave” when these economies open up. If achieving this immunity requires a certain percentage of the population to actually contract the virus either approach would theoretically lead to roughly the same number of deaths per million, but a targeted approach might protect those most likely to face complications from infection and allow a society to open up more quickly. There is logic behind both approaches, but the hostility toward those who go for targeted rather than mass restrictive orders is explained by something else entirely.

A Swedish journalist hit on it recently when a French television reporter admitted to him when he asked why the media has been so hostile to anything but a complete shutdown with harsh restrictions. The reporter admitted that “it’s almost as if we want Sweden to fail because then we would know it is you and not us that there is something wrong with …”

Exactly. If it happens that we didn’t have to shut down everything, threaten civil liberties, drive businesses to the brink of bankruptcy and destroy the jobs of millions of Americans, will the Whitmers, Cuomos and others like them admit they may have overreacted and that the Hutchinsons and Noems got it right.

If you think that will happen, you don’t know much about politicians.

Covid Compassionate Release for Prisoners Is a Threat to Society

Karla Dominguez testified in court that Ibrahim Bouaichi raped her. He was released from jail due to coronavirus concerns. Now Karla Dominguez is dead.  California...
Read more
Opinion

These Animal Names Are ‘Problematic’ Now

Are you for real? Common English names for the following plants and animals have been targeted by woke scholars who find them offensive. They've taken it...
Read more
Opinion

The next election will determine the direction of the United States Supreme Court and have a lot to say about its future. Given the...
Read more

The total cases of those who have tested positive or died from COVID-19 in the U.S. equates to about 0.3% of our over 300,000,000 population. That means 99.7% have not tested positive or died. Places like overcrowded sanctuary cities report the largest numbers. Of course many of them – are also cooking the books to get more federal aid so an accurate count may be impossible. It would make a hell o f a lot more sense to quarantine the 0.3% than the 99.7%. If people do not get back to work soon – the shelves in the stores will be bare. When the shelves are bare OUR problems will be exponentially worse than COVID-19.

We have 75 cases in the county of 33,100, or “0.0027%”, so I agree, protect the elderly and those with health problems. Let the rest learn to get out in the direct sunlight for at least a few minutes and let nature kill the germs and viruses. I pick up my cart out in the parking lot at the store, I figure the sun has “Sterilized” it by the time I get it. I leave purchases sit on my patio table for a few minutes. Except for perishables. Guess they just don’t teach “Common Sense” anymore?

This pandemic was not cause to close down the whole country. President Trump was duped by Dr. Faucial and the CDC with way over inflated statistics. If he had not heeded the warning of the Democrat CDC he would have been crucified in the press and being that he is not a scientist he deferred to their judgement. By the way scientists are not God and do not know everything. All of this is natural, but Dr. Fauci is a liar (like all Democrats) and the plan from the beginning was to ruin the nation’s economy. Democrats do not care about people dying as proven by Pelosi, Schumer, Schiff and company these past 3 years. The orchestration behind taking away American rights and privileges really fits another desperate Democrat ploy to turn America into a Socialist nation. DON’T LET THEM DO IT AMERICA. WE NEED TO FIGHT FOR OUR RIGHTS EVERY DAY!!!! There is no need for most of the country to stay closed off. Hot spots can be monitored, but people need to reclaim their freedom and resurrect that forgotten quality called COMMON SENSE and protect themselves. We are supposed to be adults — stop acting like children.

Read the goals of the “Open Borders” foundation if you would like to know, “What’s REALLY going on”? Guess who founded it? He has funded it with over $40 Billion since founding it in 1985.

This pandemic was not cause to close down the whole country. President Trump was duped by Dr. Faucial and the CDC with way over inflated statistics. If he had not heeded the warning of the Democrat CDC he would have been crucified in the press and being that he is not a scientist he deferred to their judgement. By the way scientists are not God and do not know everything. All of this is natural, but Dr. Fauci is a liar (like all Democrats) and the plan from the beginning was to ruin the nation’s economy. Democrats do not care about people dying as proven by Pelosi, Schumer, Schiff and company these past 3 years. The orchestration behind taking away American rights and privileges really fits another desperate Democrat ploy to turn America into a Socialist nation. DON’T LET THEM DO IT AMERICA. WE NEED TO FIGHT FOR OUR RIGHTS EVERY DAY!!!! There is no need for most of the country to stay closed off. Hot spots can be monitored, but people need to reclaim their freedom and resurrect that forgotten quality called COMMON SENSE and protect themselves. We are supposed to be adults — stop acting like children. This is the first post so it can’t have teen duplicated. Please publish my comment.

Marlopi is correct. This was a huge over reaction. The President should have taken Faucia’s word with a grain of salt. He was wrong about almost everything. He is simply an elderly epidemiologist who has not seen a patient in years and likes the sound of his own voice. I hope the President gets rid of him. Let’s open up the economy everywhere. It can be done safely with social distancing, masks, gloves and hand washing. Come on people use some common sense. I bet a lot of folks are going to relocate to South Dakota where the governor has tons of common sense.

The flu did not go away. It is just that the HHD people instructed medical types to declare that ALL deaths were from corona. And that is why the New Yorkers have so many corona deaths. The rest of the nation actually figures out what killed people We don’t like the shut down. We know it is not doing any good and at the same time it is destroying our economy. And THAT is what the Democrats have been wanting to do ever since Trump was elected including the fake Paris Accord.

This is what we get when politicians truly believe THEY know better. You see, they don’t have ANY evidence that their “idea” will work. Just like the guy who wrote OBAMACARE. He was so arrogant that he was sure he was right about everything. Just like we have with Pelosi and Schumer and now McConnell. They can’t even answer the QUESTION as to why the Yankee New Yorkers are the ones dying in such high numbers. They won’t even speculate as to why.
I KNOW. It is their wickedness as shown by them voting for communists deBlasio and all those Democrats and the vile Peter King.

The only thing that’s crashing and burning is the common sense of a TINY MINORITY of Americans, encouraged by a President becoming increasingly worried about re-election previously posited on the excellent economy he had a major role in creating. I can sympathize with his misery: a virus from China destroys the work of nearly four years, but that doesn’t change the fact that he know very little about this virus which could, like previous pandemics, have second and third waves that are worse than the first, one that may end up with a body count of 100,000 Americans (the figure according to the WH). A large opinion poll taken by NORC, the highly respected survey group attached to the University of Chicago, shows only some 11% of Americans want a reopening of the economy. That shows the wisdom of ordinary Americans. The small demonstrations taking place in Lansing, MI, and on California beaches represent a small group of Americans with skewed priorities. How skewed is also reflected in their carrying Confederate flags, automatic rifles, swastikas, etc. These are mostly far-right ideologues who hate government, period. They are rank outsiders.

Michael Brigham - August 11, 2020 0
RINO alert! You've probably heard of the Lincoln Project. A cadre of failed GOP operatives who pride themselves on being never-Trumpers (aka Democrats). They plot to...