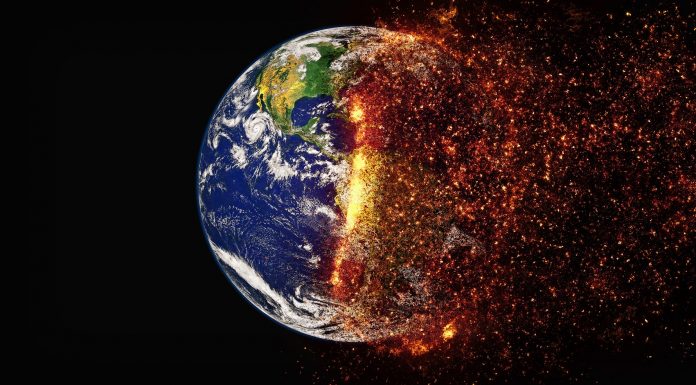 “In the Northeast, higher elevation areas reported snowfalls of up to 10 inches over the weekend. New York City received a trace of snow on May 9, tying the city’s record for the latest snowfall,” The New American reports. “In Islip, New York, a town on the southern shore of Long Island, the month of May was officially snowier than the month of February. Mother’s Day celebrations across the Midwest and Northeast were ruined by cold and windy conditions in the regions. Near record cold temperatures were reported from the Dakotas stretching down Texas and across most of the eastern United States.”

“It is difficult to pinpoint the cause-and-effect or correlation-causation with extreme weather events and climate change,” claims Ryan Maue, a meteorologist at BAM Weather. “But changes in the behavior of the jet stream are becoming more accepted by scientists looking for physical reasoning behind what we are seeing on weather maps.”

Global warming conspiracy theorists claim, without evidence, “climate change” is causing what they call “weirding.” Both are intentionally vague terms that could mean either record cold or record warmth, depending on whatever needs to be defended at the moment.

This “weirding” is causing weather patterns to change, which means no matter what the weather is, it’s “proof” of “global warming.”

That means if it’s hot outside that’s proof of global warming, but it’s also proof if it’s cold outside.

A scientific theory is, by definition, something that ceases to be valid upon evidence it is not true. By claiming record cold temperatures are “proof” of “climate change,” so-called “man-made global warming” ceases being a scientific theory and becomes a cult belief like “lizard people” and “Flat Earth,” where the lack of proof is proof itself.

Michael Brigham
Michael Brigham has written for American Action News since the summer of 2019. His areas of expertise include foreign affairs, government, and politics, but regardless of the subject matter, he has a nose and an insatiable appetite for news. In his free time, he enjoys reading nonfiction, watching a mix of comedies and true crime documentaries, and spending time away from the swamp hiking in the foothills of the Appalachian Mountains.
Share
Facebook
Twitter

Paul Crespo - July 14, 2020 6
The U.S. Navy is valiantly trying to save the USS Bonhomme Richard (LHA-6) from the fire still ravaging the warship since Sunday morning. The...

Amanda Head Explains the History Behind the French and American Revolutions