Iran’s Islamic Revolutionary Guard Corps (IRGC) is said to be behind an ominous threat which appeared on Iranian regime-linked Telegram channels on Monday.

The message, along with footage from an underground Iranian nuclear facility, threatens to weaponize the country’s atomic energy program and build a missile capable of destroying New York City.

Bisimchi Media (Radioman Media) is the IRGC-linked Telegram channel. And the Emad, cited in the message, is an Iranian long-range missile.

The U.S. government has classified the IRGC as a foreign terrorist organization or FTO.

The short video, titled ‘When Will Iran’s Sleeping Nuclear Warheads Awaken?’ warns that Iran will develop nuclear weapons quickly “if the US or the Zionist regime make any stupid mistakes.”

The video also says that Iran’s ballistic missiles have the capability of “turning New York into hellish ruins.”

Admitting the vulnerability to attack of its well-known nuclear facilities at Natanz, the video says its underground facilities at Fordow near Qom could instantly build nukes in case of attack.

The Jerusalem Post reports Iran International as paraphrasing the video as saying, “the facilities at Natanz may be highly vulnerable to a possible attack by Western powers and Israel but Fordow will immediately assume war footing and begin the nuclear breakout project within a short time if Natanz comes under missile attack.”

“The nuclear facilities of Fordow have been built deep under mountains of Iran and are protected against trench-busting bombs and even nuclear explosion… all infrastructures required for nuclear breakout have been prepared in it,” the video said, according to Iran International.

And this is likely not an idle threat. Aimed at Israel and the United States.

As the Daily Mail reports:

Mr Kamalavandi added that the International Atomic Energy Agency (IAEA) ‘had already been notified of this action’, without specifying what percentage the enrichment would be.

In July, the IAEA reported that Tehran had started ‘feeding… a cascade of… centrifuges’ at a fuel enrichment plant.

These techniques facilitate the process and would make it easier for Iran to switch to a different level of enriching uranium.

But they should also be seen as part of Iran’s negotiating strategy, bluffing, and threatening, soon after Iran said that it remains ‘optimistic’ about a possible revival of the 2015 nuclear deal after the European Union [EU] tabled a proposal aiming for a compromise in the talks stalled since March.

Iran’s Foreign Ministry spokesman said at his weekly news conference: ‘We remain optimistic that the negotiation process will lead us to a logical and reasonable outcome.’

So, the video is clearly a message to wobbly Joe Biden. Push the EU to make concessions on reviving the failed Obama-Biden 2015 nuke deal, or risk a nuke on NYC.

And don’t count on an attack by Israel to stop them. ADN 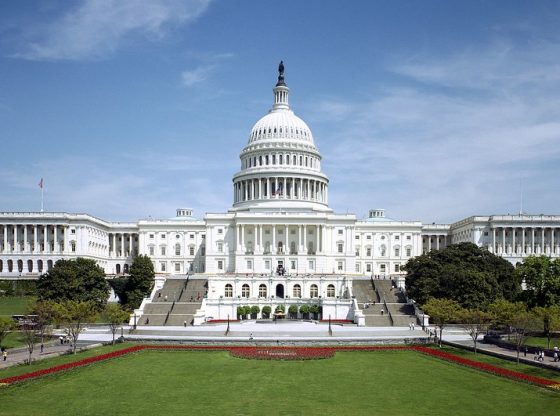 Next best thing since the san andreas fault

Glad it’s the East coast, not where we live. But why not DC? Why NYC?