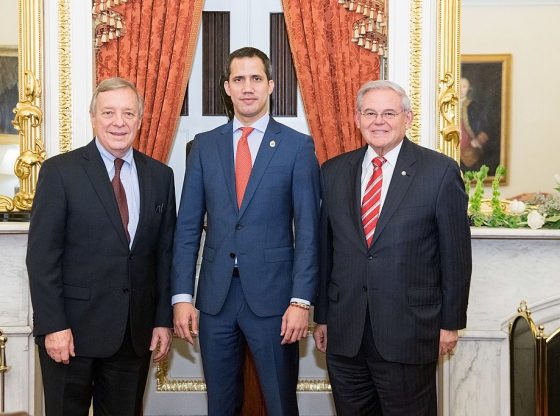 The most recent rocket attack on U.S. forces in Iraq by Iranian-backed militias killed a U.S. civilian contractor. Al Asad Air Base in Iraq was reportedly targeted by approximately 10 short-range rockets on Wednesday, however, a defense official said that the U.S. artillery defense system in place at the base intercepted three to four of the rockets.

According to Stars and Stripes, “Al Asad’s Counter-Rocket, Artillery, Mortar (C-RAM) missile defense system ‘engaged’ with the incoming rounds, and early assessments indicate it hit three or four of the 122mm rockets, the official said on condition of anonymity.” The paper added:

There were 10 known locations where the base was hit, the official said, and it was not clear if more than 10 rockets were fired, or if the rockets that were struck down by C-RAM were responsible for some of the ground damage.

Initially, the Pentagon said they were still investigating who was responsible for the attacks, with President Biden pledging to identify the attackers and hold them responsible.

Since then, however, U.S. and Iraqi officials have said, according to Politico, that they believe that an Iran-backed militia group with a history of targeting Americans in Iraq – Kataib Hezbollah – or an affiliated group was responsible for Wednesday’s attack.

Republicans have criticized Biden’s weak response to the escalating Iranian-backed attacks in Iraq, as have I here and here.

Most recently, Senator Bill Hagerty (R-Tenn.) blamed Tehran for the attack in a Tweet, saying it had “all the hallmarks of the Iran-backed militias,” while adding: “The Iranian regime seems intent on attacking Americans at the same time the Biden admin wants to give Tehran sanctions relief.”

Yesterday, another rocket attack in Iraq, with all the hallmarks of the Iran-backed militias, resulted in the death of an American. The Iranian regime seems intent on attacking Americans at the same time the Biden admin wants to give Tehran sanctions relief. https://t.co/DibYJwpIDI

But now even prominent Democrats are now joining the chorus of criticism.

Politico reported that Senator Bob Menendez (D-N.J.), chair of the Senate Foreign Relations Committee, said on CNN that to his knowledge, the attack was carried out by Iran’s “surrogates in the region.” They have given them green lights to make these types of attacks. There have to be consequences for that.”

Still waiting for what that Biden response will be. Dropping a few bombs on a militant “tea-stop” in the Syrian desert didn’t seem to do the trick.

The commiecrats are having buyers remorse.

REMEMBER, WE HAVE GUTTED OUR MILITARY AND FORMED ENCOUNTER GROUPS.

We were subjected to mandatory training sessions designed to condition men to interact properly with women; like you need to consult a manual before addressing the ‘fairer sex’. Conversely, women in the military were not obligated to train in such a manner. Our G.I.s are now disillusioned, tongue-tied, battle weary and demoralized in the wake of their socialization indoctrination.