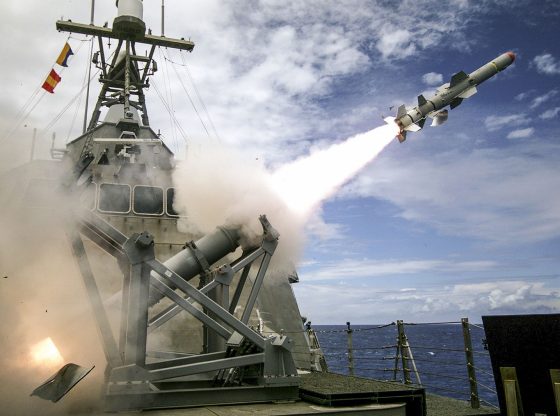 ANALYSIS – dangerous precedent is being set by the U.S. Navy as it initiates what amounts to radical socio-cultural-sexual indoctrination of its young service members. Under the guise of an effort to “address the issues of racism, sexism and other destructive biases and their impact on naval readiness,”Task Force One Navy (TF1N) now requires sailors to “advocate for and acknowledge all lived experiences and intersectional identities of every Sailor in the Navy.”

This bizarre, subjective, open-ended, neo-Marxist mandate opens the door for ideological indoctrination of service members in almost every area of life. When the Task Force was created in late June, the Navy published a Press Release for TF1N that:


The task force will seek to promptly address the full spectrum of systemic racism, advocate for the needs of underserved communities, work to dismantle barriers and equalize professional development frameworks and opportunities within the Navy.

The Task Force recently released its report which sounds like it came from a university diversity officer’s ‘woke’ dream. As reported by The Blaze, the Task Force Navy One leaders created recommendations related to:

And in a frighteningly Orwellian/Communist manner, the report also includes a new ‘TF1N Pledge’ for all Navy sailors:

As a key member of Task Force One Navy I will invest the time, attention and empathy required to analyze and evaluate Navy-wide issues related to racism, sexism, ableism and other structural and interpersonal biases.

I pledge to be actively inclusive in the public and private spheres where I live and work, and proactively encourage others to do the same.

I pledge to advocate for and acknowledge all lived experiences and intersectional identities of every Sailor in the Navy.

I pledge to engage in ongoing self-reflection, education and knowledge sharing to better myself and my communities.

I pledge to be an example in establishing healthy, inclusive and team-oriented environments.

I pledge to constructively share all experiences and information gained from activities above to inform the development of Navy-wide reforms.

Still to be announced – what the punishments will be for violating the new pledge and whether it will be required to be read aloud in mass formations with left fists raised.

It is difficult to ascertain whether this is more like George Orwell’s dystopian novel ‘1984,’ or Mao Zedong’s Cultural Revolution in Communist China. No word yet on whether reading Mao’s Little Red Book of his speeches and writings will also be mandated.

Elderly Veteran Saves Wife’s Life By Beating Home Intruder to Death with Shotgun
Iran Challenges Biden with Rocket Attack in Iraq – How Will He Respond?

are they keeping the barrel or adding another one ?

Now the barrel sees you!

Simply outrageous! Every day Biden pushes us one step closer to revolution!

Revolution will never happen. There is no push back on anything.

The conductor
Reply to  v steve

You have that right. The conservatives aren’t pushing back on anything. I wonder what will wake them up!

There’s always a push back. Americans have lost sight of the fact that our government is functioning wholly out of context with Constitutional Limitations. There’s actually no provision for Democrats, Republicans or Independents. The sole legitimate political party that should exist is the “Constitution” variety. We’re unleashing the reins we have on our leadership to keep their zeal in check. The Framers knew how such a zeal would arise if the people were tyrannized and disarmed. Consequently, they designed checks and balances within our government structure, designated limitations to government authority, and as a last resort, they granted the power of U.S. citizens to remove government officials who overstep their bounds by force. This is a process, and if we do not stem the tide of tyranny enveloping our political climate, we’ll learn the hard way why we should have zealously guarded and exercised our Civil Rights.

So don’t volunteer for the navy, let them empty ships. China loves the crap they are pushing on our military.. They have a huge navy. Obuma/Biden hate the military anyway.

they want china,muslims to take us over…

It would seem to be easy in America hating countries minds according the the policies of liberalism of the perversion of the 60’s civil rights movement the gay card! How pathetic the might of America looks today as in sissy!

Think Vladimir Putin might be laughing his butt off!!!!

Just watch. The chines and muslims won’t have to do that.

America’s young spoiled indoctrinated brats are going to be in for a big unpleasant surprise!!!
I can’t wait!!

It’s not china or muslims.

It will go through all the services.

One day we won’t have any arm forces it will all be foreign armies herr taking your guns cuz our brothers won’t do it and the Po Po won’t either. Stick that up your pipe and smoke it.

china is nothing compared to globalists and globalist puppet $oro$ .

Guaranteed….
We Should see China, Russia, Nort Korea, Iran or another country that hates the U.S. directly confront or challenge a U.S. Navy “warship” and the Navy will back down.
In fact, the crew will be summoned to General Quarters and instructed to recite The Pledge for INCLUSION!!!!!!!

To stem such ‘hate’, we should stop sticking our big noses in the business of other nations, and forge American Sovereignty. Those people don’t hate us because we get cable, their enmity is a reasonable response to the U.S. Government spying on their leaders, or covertly influencing their political processes. Getting rid of “Globalism” is a crucial step towards burnishing America’s image as a peaceful, sovereign and economically viable republic.

It’s not China. Boy people are so dam ignorant they don’t even know they are ignorant.

If they were that ignorant, those appliances we buy should be labeled “Maid in Chynna”.