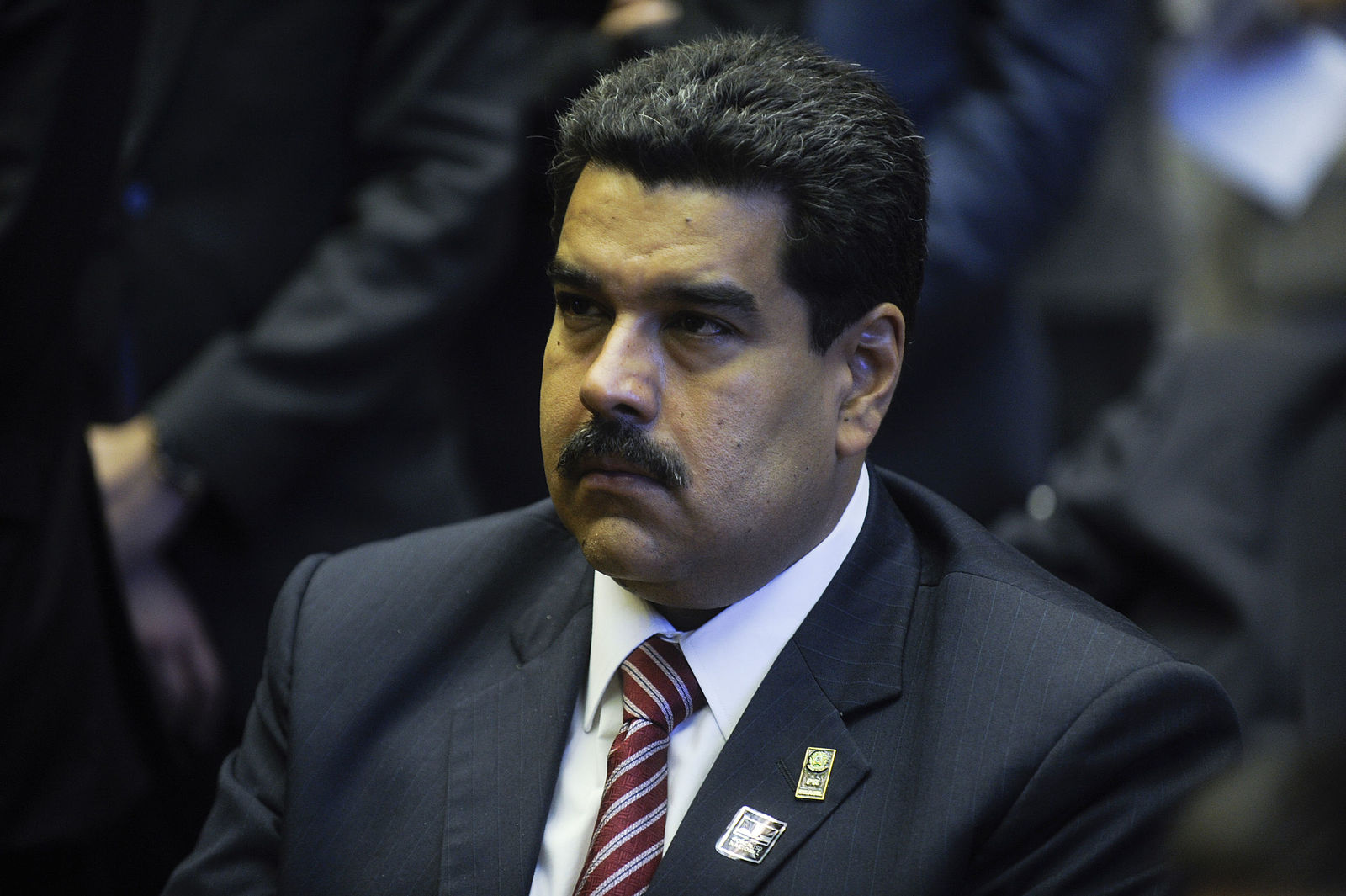 The failed attempt earlier this week to raid Caracas by boat and capture the illegitimate Venezuelan dictator Nicolas Maduro has generated many questions about possible U.S. government backing. As I previously noted, based on the available evidence, U.S. backing appears highly unlikely. It is even more unlikely given the numerous tactical and operational blunders committed by the amateur “mercenaries.”

The rogue private paramilitary mission, named “Operation Gideon,” and led by former U.S. Green Beret Jordan Goudreau, CEO of Silvercorp, was riddled with mistakes even the most basic officially sanctioned U.S. paramilitary effort would have avoided. As Secretary of State Mike Pompeo said about the effort, “if we were involved it would have gone differently.”


The most glaring example of the ineptitude of the operation’s leader is the apparent obsession of Goudreau with gaining publicity for his effort while the “secret” operation was in motion. As New York Magazine noted:

It should go without saying that if you’re involved in an alleged attempt to overthrow a government already prepared for interference from a well-funded opposition leader, you should keep it offline. But Silvercorp, the private contractor employing the pair of mercenaries, tweeted about the operation on Sunday while it was still in motion…

However, operational security (OPSEC) was lost even before the operation even began. The Gideon plot had already been public knowledge since May 1, when the Associated Press published an exclusive expose on what they described as a “failed attempt to oust Venezuela’s Maduro.”

As The Drive reported:

That story included on-the-record interviews with former associates of the coup plotters and Venezuelan authorities, who also said their intelligence services had infiltrated the group. Those latter claims are supported by previously unexplained reports of increased security in the areas where the Operation Gideon force ultimately landed.

These reports also point to the probability that the operation had been infiltrated by Maduro security and intelligence agents. As The Drive further notes, this probably explains why in recent weeks Maduro forces had been blocking off access to Caracas by placing containers on the highway from la Guaira to Caracas, the route that would likely have been taken by the bumbling “raiders.”

Then there are the numerous basic logistical and tactical failures, such as not having enough fuel for the boat, an engine that broke down, and no spare boats as back-ups. As reported by The Drive, the two captured former Green Berets, Airan Berry and Luke Denman “had engine problems, aborted the mission, and attempted to flee to the Dutch island of Bonaire off the coast of Venezuela in the Caribbean Sea. The motor ran out of fuel well before that, forcing them to attempt a landing.”

There is also this OPSEC absurdity – both Berry and Denman were carrying their U.S. passports and other identifying documents when captured. The detained Venezuelans were all also carrying ID cards or other means of identification, as well – a basic no-no in any type of covert operation.

According to The Drive, in the Venezuelan safe house that was raided by Maduro security forces, they found “unencrypted handheld radios, tablet computers, body armor and helmets, some with American or Venezuelan national flag patches.” Using any type of unencrypted communications in a covert operation is beyond amateur, and likely to get the operators captured or killed.

Based on just these number of operational and tactical blunders, it is almost impossible to accept there was any official U.S. government backing of this farcical operation. As important as the need to show this was in no way sanctioned by the U.S. though, is the need for the Special Forces and Special Operations communities to disavow this buffoonery and protect their stellar reputations. Green Berets are especially well known for their professionalism. (RELATED: Trump Sends Military Message to Venezuela’s ‘Narco-Terrorist’ Dictator)

As one former Marine Corps infantryman and military contractor with experience in Iraq and Afghanistan, granted anonymity to speak candidly, said to Vice:

My colleagues who are currently Green Berets have completely denounced the careless and vain manner this operation seems to have been executed in and they don’t want this operation or company associated with the prestige and legacy of the Army Special Forces community.”

I’ve had the privilege of being on teams with Green Berets and in each instance, they were consistently reliable, the epitome of what a teammate should be, and performed at a high operational standard. I think that’s what makes this all the more confusing and disappointing for veterans seeing this play out right now. The contrast between this situation and the level Army Special Forces units operate is breathtaking to say the least.

Maduro won’t last long like Hugo Chavez didn’t with his ailment that took him all over the world to doctors to figure out how he was always so sick, sounded like arsenic poisoning even tho’ he said grandly it was a cancer – Maduro is not immune to an inside job either.

Venezuela’s problems aren’t the USA’s responsibility to solve period! Who decided the USA was to be the world police, nannies and baby sitters? It’s about time we, the USA keep our noses out of other countries business if it doesn’t directly involve us. We have enough domestic problems that need attention than to piss away our resources on solving other countries problems

You got that correct. No U.S.involvement in conflicts that do not directly affect us.

but the Amerikan communist can make money, selling out the US

BINGO ! WE NEED TO FOCUS, on helping Americans, putting Americans to work, and that means getting Illegals off the welfare rolls. We can not afford it, we have run out of everybody’s money.
I used to be a Democrat, but that Party no longer exists, and what remains is dangerous. Should Biden win in November, a Communist government will be in place by the end of January.
I no longer believe that it is a “coincidence” that the Democratic funding, in Wuhan, was an accident. It came out after the House failed in it’s efforts to damage Trump.
The Democratic Socialists in the House are now capitalizing the Coronavirus pandemic to get a foothold in politics to force “vote at home, and in the dark”, thus allowing them to “harvest” Democratic votes.
We need to force the vetting of voters to ensure that we are not handing out control of our Country to foreign nationals fraudulent voting. They often state that voter fraud is rare, but how would they know, no one ever checks any but residency not eligibility.
A vote at home by mail MUST INCLUDE Social Security number, and a name. That would eliminate dual or multiple voting, ineligible voting, and reveal when a person is using a fake Social Security Card. WIN, WIN, WIN, and you already have to include your SSN with your taxes, so doing the same to vote is more important.

A. D Roberts
Reply to  Harry

Social security number?????
LOL What a joke. The biggest fraud in America now is the use of SS numbers by illegals.

I have been to Venezuela on missions trips. The people are very good and intelligent. NOT the ones who are violent and take charge.
If we wanted to change the government, ( and we should) it would be a simple matter of arming the people through Ecuador. The people themselves would remove Maduro. The problem is THEY HAVE BEEN DISARMED. Just like all dictators, the communists took everyone’s gun. Just like Bloomberg and the Giffords want to do to us.
AND YES, BLOOMBERG AND THE GIFFORDS WANT TO ENSLAVE US just like Maduro has the Venezuelans.

Sounds to me like this “invasion” was a Democrat operation that would be an embarrassment to Trump. All the bad choices are just what the Democrats would do to make sure it failed. Like the Bay of Pigs and JFK’s making sure Castro was not overthrown.

This must have been a slapstick hollywierd Comedy being filmed, not an actual, paramilitary operation…. and as for green berets being involved ? they were just some kicked-out stoners, looking to get in on some of that good Venezuelan pot.