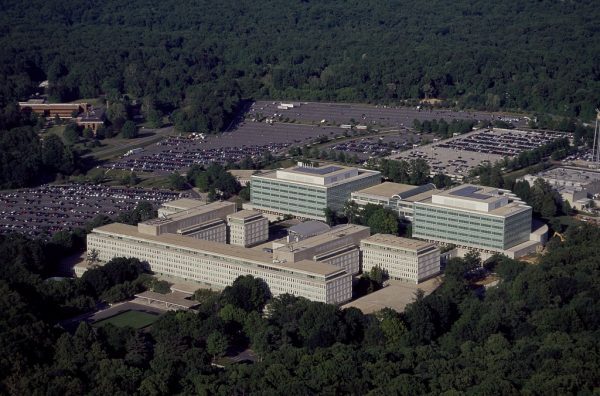 To fulfill his new mission, Johnson — who retired as a Senior Operations Officer with the CIA’s Directorate of Operations and was Chief of Station (COS) at various US embassies — founded Americans for Intelligence Reform. As Johnson writes in American Military News (AMN):

Over the previous decades, I have observed the Intelligence Community turn away from its core responsibilities for the safety and security of all Americans to a far more political agenda. The intelligence community’s (IC) quadrennial report about global trends published in 2017 is a poster child example of what is wrong with intelligence today. It overwhelmingly focuses on things like global government integration to face future issues. It argues the positives of what is known today as the globalist movement, a hardcore leftist philosophy that is deeply political.

Johnson notes that the IC’s 2017 quadrennial report focuses more on global warming than it does on global terrorism. As important as issues of globalization and global warming are, they are primarily political and policy issues, not matters for intelligence. The IC’s primary mission is to collect and analyze critical information on the organization, plans and activities of foreign governments and hostile non-state groups, not to get involved in politics or policy. Political neutrality and dispassionate analysis are key to the intelligence profession’s integrity and effectiveness.

Sadly, the intelligence community has been politicized, and damaged, but not necessarily by the current administration. Johnson explains that the CIA’s so-called “modernization” plan implemented under the Obama administration by former CIA director John Brennan is a case in point.

Brennan’s damaging plan did not receive the attention it should have from the CIA’s congressional overseers, or the media. As Johnson states, the Brennan plan “systematically dismantled and destroyed the CIA’s operations division — the heart of the agency’s central mission of using people to steal vital secrets around the world.”

Johnson adds, “Many of us who devoted our lives to the clandestine service as CIA operations officers were stunned to hear Mr. Brennan announce that based on his “modernization plan, he no longer regards the CIA as being in the espionage business. ‘We don’t steal secrets,’ Mr. Brennan astonishingly stated in an interview with NPR.”

As Johnson describes it in AMN:

This plan fundamentally alters and undermines the US intelligence mission, and according to Johnson, “combined with other factors makes the IC fundamentally unreliable and marginalized when they are so desperately needed for our National Security.”

Johnson has many other examples of how the intelligence community has been led astray by politicization and bad ideas, and has recommendations for reform. I expect to write more about him and his organization, Americans for Intelligence Reform, in the months to come.

The magic word that he used was John Brennan who is set to be indicted in a very short time. Why on earth is the CIA spending time on “Climate Change”? Climate change has been happening since the earth was formed and unless you can control the axis that the earth is spinning at or the speed at which it spins, or the activities of the sun, you just ain’t changing it. You can try to paint all exposed surfaces like roads, parking lots, building roofs, etc. white or reflective silver and see if that changes anything, but I would be shocked if it did. We need to get the politics out of the CIA as well as the FBI and return them to nuts and bolts intelligence gathering. Timothy McVeigh of Oklahoma Bombing, may have not done it if not influenced by U.S. Attorney Eric Holder and the FBI hadn’t try to trap him by providing him access to knowledge and materials a year before. The CIA was involved in the Cocaine trade. Things like that lack morality. Back to the basics because we need them to provide real factual intelligence.

The appropriate term is NIHILISM.
The CIA and maybe the FBI are so corrupt, so decadent, so riddled with political hacks that the ONLY solution is to destroy it. Not sure if we really need to replace it. After all. Where would you get people for it but from the same cesspool.

Don
Reply to  A. D Roberts

Human induced climate change – started by Al Gore and others – is the largest financial scam ever run on this planet.

That was another game in their plan….yes.

This is the legacy of Geo. H. W. This is the CIA that Bush created. And no, it is not working FOR America.

Even the scientists who have investigated “climate change” say that anything we can do even with extreme measures will not really affect the climate by much. The world was not designed to be manipulated by mankind. Sure we can do what we can to decrease emissions and clean up our waterways but to think we can change the climate is ridiculous.

You said it the best!

Roy, you are so right, climate change is not an intelligence issue. But dems in this country today are using it as an issue so it is political in nature and BO is a dem. In all cases most dems ignore the changes made in BO’s administration that were profitable for their donors. Indeed for the dems the issue even today of stopping coal production and fracking is their goal. But what the dems had to realize is that stopping of production in the US led to importing the products discontinued in the US via their donors often as the middle men and the US making the dem donors even richer. I am sure the kickback for the dems was very profitable.

But the cost of importing what was needed and a lot of other actions in the BO fundamental restructuring of the US resulted in the loss of jobs, closing of the companies that produced the coal and oil and other items used by our nation. The loss of using our own resources is a large part of what led to the horrible economic downturn in the US, 2% or less GDP. I think BO’s actions could best be described as the fundamental destruction of the US economy.

And recently via the virus miasma it was also discovered that some very sensitive industries all all moved their production off shore to China and in this crisis it identified another BO move that was a disaster in times of a crisis. That is going to be changed and quickly for the nation’s best interest.

And along with his destruction agenda, BO actually warped the very agencies being discussed and hired and promoted those who agreed with his destruction agenda only and put them in charge. Today the issues with several agencies who morphed away from their original mandate because of BO and his actions are surfacing literally under criminal investigations that extended even into the very first years of Trump’s administration.

I sincerely hope all of those deep state holdovers from the really criminal administration of BO are removed from their jobs and charged for their criminal actions. None of them were unaware of their actions, things were done with intent, criminal intent.

A. D Roberts
Reply to  SD OF AZ

Like I said. NIHILISM.
That or obey II Chronicles 7:14 and get God involved.

becky
Reply to  A. D Roberts

I agree too. The penalty for treason is death.

Roget that. Too bad we don’t have a DOJ.

No Don, for the first time in at least a decade, we have a DOJ! We have a real A.G.

Politics is the global mega industry controlling earth’s destiny. To that end the intelligence community is what determines who leads and who must follow in global politics and wealth. Those two sentences define the roll of every major nation’s intelligence services, CIA, MSS, SVR RF, SIS(MI-6) and the rest. Corrupt clandestine operations globally and internally to their native lands and politicized operations to serve the global elite are counter to their creation.Our CIA has dramatically changed and morphed into an organization of esoteric missions at the behest of forces beyond America’s borders. The CIA must be focused on the needs of America and its greater population first and foremost, political whims of the elite be damned. Elections, the ecology and an infinite number of specialized American internal politicized focuses be damned.