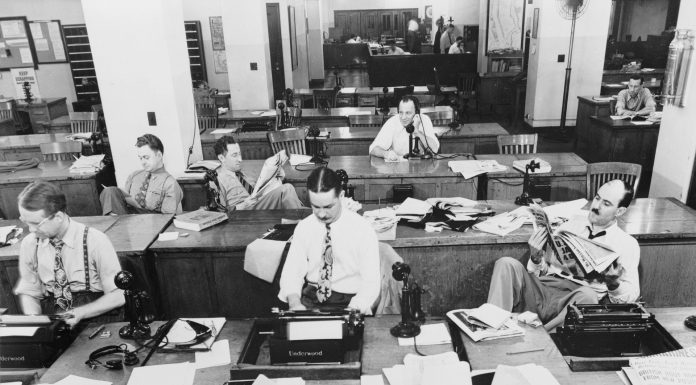 ABC News is wasting no time attempting to minimize the fallout from Project Veritas’ latest expose.

Network executives have already suspended one reporter. It remains unclear if the broadcasting giant will take further punitive action.

Wednesday’s newest video shows correspondent David Wright, who has since been suspended from ABC News, talking about how “voters are poorly informed” in part because of the network’s purported refusal to cover Trump appropriately. He alleges that the network carefully crafts its reporting to fit a certain narrative, particularly around Trump.

“I feel terrible about it,” Wright can be seen saying in the video. “I feel that the truth suffers, the voters are poorly informed and people also have the opportunity to tune into whatever they want to hear. And so, it’s like there’s no upside in – our bosses don’t see any upside – in doing the job that we’re supposed to do, which is to speak truth to power and hold people to account.”

Wright added that ABC News fails to “hold [Trump] to account” while simultaneously not giving “him credit for the things he does do.” The correspondent alleged that ABC News is only “interested in three things” in its daily reporting on the president.

Those three things, according to Wright, are “the outrage of the day, the investigation and of the palace intrigue of who’s backstabbing whom.”

Sean Hannity and his longtime wife, Jill Rhodes, are finally making it official. Years after an amicable split, the pair are officially divorcing, according to...
Read more
Media

Tucker Carlson Wants These Nine Republicans to Lose. Here’s Why.

For not putting this first... Tucker Carlson went off the other night while on his show and pointed to nine Republican senators that he wants...
Read more
Media

Tucker Carlson held nothing back in his monologue on last night's show, going after conservative leaders — including the president — for not responding...
Read more