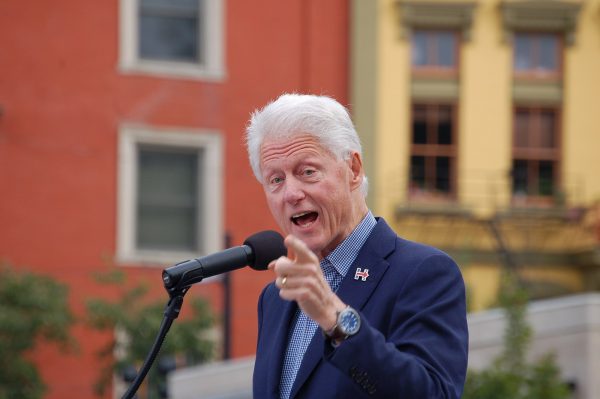 “What an ahole,” Biden wrote in an email replying to business partner Eric Schwerin, who forwarded Biden a tweet from New York Times reporter Jonathan Martin in which Clinton blamed Joe Biden for the allegedly racist enforcement of a 1994 crime bill signed by Clinton.


“God he looks like sh*t,” Biden added, spelling out the profanity.

The April 2016 tweet from Martin shared a video posted by The Washington Free Beacon, in which Clinton claims the tougher prison sentences in his bill, which led to accusations Clinton was racist, were inserted at the insistence of then-Delaware Senator Joe Biden.

“And Biden said, ‘You can’t pass this bill, the Republicans will kill it if you don’t put more sentencing in,’” said Clinton in the video, blaming Biden.

The sentence disparities in the 1994 “crime bill” dogged Hillary Clinton in her 2008 primary loss to Barack Obama.  By 2016 the Clinton camp was determined to deflect blame.

Hunter Biden’s profane 2016 attack on Bill Clinton became a preview of what liberal activists ultimately tried, and failed, to do to Biden.

Biden was hounded on the campaign trail by splinter groups of “Black Lives Matter” activists, hoping to pin the 1994 crime bill on him to either defeat him or force him to make concessions.

Biden eventually not only named California Senator Kamala Harris his vice president but pledged to nominate a black woman to the Supreme Court.

Clinton was a charismatic president. Despite his seamy behaviors and demagogue-style leadership, he was likable and personable. I saw him twice during his visits to our city. During one visit, he passed our office on the way to a hangar for a speech. He not only stopped to talk briefly with one of our flight operations personnel (She practically needed CPR after that conversation..) but he turned to us and waved graciously, noting our welcome message on a scrolling LED screen. I actually liked the guy, but his politics were not my cup of tea.