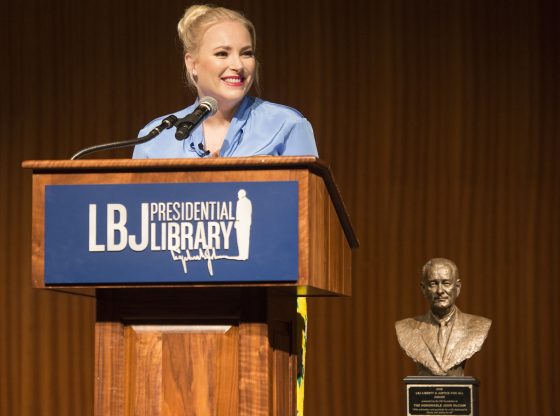 Behar put McCain, a well-known Republican, on the spot over the House GOP’s refusal to reprimand Gaetz over allegations that he slept with an underage girl while at the same time ousting Rep. Liz Cheney from her role as GOP conference chair.

As The Wrap reports:

This week, Joel Greenberg, a former Florida tax collector and close friend of Gaetz (R-Florida), pleaded guilty to having solicited and paid a minor for sex, in hopes of earning a more lenient sentence. For many, this is a sign that Gaetz may soon be directly implicated, and subsequently charged. But according to “The View” host Joy Behar, Gaetz is still feeling confident “because he feels like he has cover in the Republican party.”

“They don’t care what you do there, as long as you say that Trump won the election,” Behar stated…

Behar conceded that McCain had better sources in terms of how the Republican party is responding to Gaetz’s actions, and posed a follow-up question: “If it’s not the Republican party, shall I call it the QAnon party? What should I call your party now, who defends people like Matt Gaetz and goes against Liz Cheney?”

At that, McCain got a bit heated, telling Behar to call it whatever she wants, but also understand that at the end of the day, she has “almost zero” influence on the Republican party.

It’s notable that at no point in the exchange did McCain ever attempt to actually defend Gaetz, stating that she and others in the Republican party were ’embarrassed’ by the allegations against him.

REPORT: Biden to use Private Companies to Spy on Service Members
REPORT: Val Demings to run Against Marco Rubio

Joy Behar is just upset no one will sleep with her!

Sleep with that aging cow, [coughing and choking] !!!

Can’t stand joyless or any of the other idiots on the view so I don’t watch it. It’s not worth my time to listen to these whiny witches

Pissed Off American
Reply to  Doug

Even the little head has some honor even without seeing her. Afraid may catch something that BABBO won’t wash off.

take her to the pig pen where she belongs

Not even a pig would screw that fat ass Behar..

Liz Cheney is so disposed.

Liz Cheney has the personality of a skunk !!!!

ABC should be ashamed of this garbage they put out!!

why is this show on the air, & why would anybody waste their valuable time watching these female clowns?

EXACTLY!! waste of time and electricity!!!

You got me. But for some reason conservative media delights in reporting their antics. Otherwise I would never know their goings on.

Are they now talking about Bill Clinton raping and having underage sex on Epstein’s island and on his plane ??????