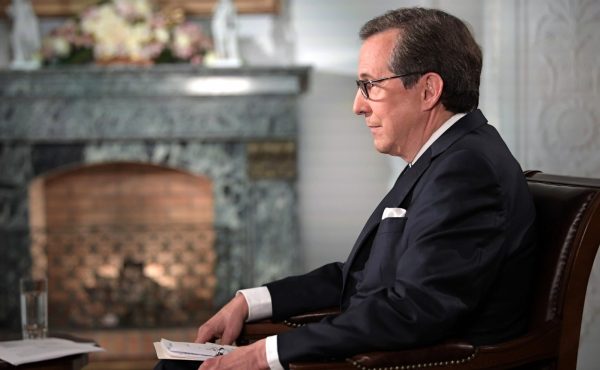 Fox Anchor Chris Wallace surprised many viewers by heaping praise on Joe Biden’s speech to Congress on Wednesday, in spite of it being panned by many as being radical and a far-left wish list.

Wallace went on to say that he believed Americans’ relationship with the government had changed after Covid-19 and that Biden’s speech would be ‘popular.’

“You know, I think this is going to be a popular speech with the American public,” Wallace said. “He offered a lot of stuff. $4 trillion will buy a lot of stuff from millions of jobs to child care to community health centers, all kinds of stuff, community colleges.”

The initiatives Biden proposed would mean a massive increase in government involvement and spending. However, Wallace said, with the speech, the Biden administration is betting that a post-pandemic American public has become less wary of the role of government.

“I think they’ve made a calculation that after COVID-19, people have come to have a different feeling about government,” Wallace explained. “They now feel more trusting and more the need of government and so where this might have turned a lot of people off, and probably still will, they believe the majority of people are going to say, the government is here, and they’re here to help you.”…

Liberals Attack GOP Senator Tim Scott with Racist Slur After his Response to Biden’s Speech
REPORT: Biden DOJ Planned on Arresting Chauvin for ‘Civil Rights Violations’ in Court if he was Found Innocent

Wallace is a dumbass just like the rest of the libturds in the media. When Trump debated retard joe he had to debate Wallace at the same time

Dan you hit the NAIL on the Head!

No he missed the nail and hit himself in the head

Den it’s like you think retard joe gave a good speech. That’s how I took your comment. Care to explain?

He couldn’t explain without another misguided lib reading something for him.

You are obviously a oblivious of the real world , something common amongst the braindead and the ignorant !

Cris Wallace is a commie

Absolutely right about that Dan!!

How very true. Wallace is a disgrace and his dad must be turning over in his grave.

Why would his dad turn over in his grave. His dad was worse than he is. He’d be proud of him, for being a moron.

I never watch this socialist.

I have just about quit them altogether. Next news is about to top them . Donna basare brasier butt hump , Geraldo, and a few other lefties being hired Is guttering Fox ratings.

Socialist and CATHOLIC are the same

No please dont lump everyone together. I was Christened a catholic but as a child started questioning the role of Priests etc. after reading Leon Uris “Trinity” But in our huge Catholic family the love of God was always paramount. The Priests are to blame. Its unnatural for a man to never marry and they dont understand the tests But especially in Latin countries, people love God and the Bible and trials of marriage. Just they teach catechism and today no one respects the false Pope In fact , I doubt there will ever be a Pope again Vatican is empty. My Mom and Aunts and uncles were good people who would never harm a fly

. There are two sides to a coin, heads, tails. There is The USA OR the Vatican…. The Constitution OR the bi-babble… the President of the USA OR the pooopie…. .. they are opposite and not compatible…..R and D mean nothing. .. ..The smoke screen continues and continues. Political correct will get us all killed. they are ILLEGAL ALIEN CATHOLIC “C” INVADERS. Vote for ANY CATHOLIC and you vote for a traitor. The Vatican is a foreign hostile NATION which is at undeclared perpetual war with all other nations. Be Catholic or be dead.

Again you call me a traitor, a disabled veteran. You are worse than a piece of shit on the bottom of my shoe!!! I would love to meet you, and even with a bullet still in my spine, I would kick your ass. F&%KOFF

It’s like all those so-called, conservatives, whether, catholic, jew or protestant, they ‘talk the’ talk, but, always vote demon(c)rat, because that’s what they really are…

You are just as bad and you are preaching against OUR 1ST AMENDMENT. YOU ALSO DON’T KNOW ANYTHING AT ALL ABOUT THE CATHOLIC RELIGION OR MADELINE ABOUT PRIESTS AND LATIN. SHE OBVIOUSLY WAS BORN AFTER THE CHURCH WAS CHANGED TO EACH COUNTRIES LANGUAGE. EVERY CATHOLIC MASS WAS IN LATIN.

I agree with you﻿

I don’t know why Fox keeps him on the payroll, but the same could be said for several at Fox.

Could it be that FOX isn’t totally the Republican conservative network the liberal media complains about?

not anymore. they haven’t been for for a few years. Disney and others have turned into t into another circus show

Maggie May
Reply to  Recce1

Fox has always been billed as “fair and balanced” reporting. That’s why they have people like Juan Williams, Geraldo, etc. To get the opinion of both sides of a topic.

Sandra Dennison
Reply to  Maggie May

He was on Epstein Ireland

Same same. Ireland is CATHOLIC. Wallace is CATHOLIC… Treason abounds and total failure. .. CATHOLICS have learned nothing in a hundred nations and a thousand years of exactly 100% failure.
I also hate corruption. Find a CATHOLIC “C” nation and corruption is in the very blood of the nation. Vote for ANY CATHOLIC and you vote for a traitor.
..

U got that right

That’s what I said,get rid of him FOX,he’s been going too far leftist.

Wallace is an idiot and is so full of himself, one day he will explode!

Wallace is just one more CATHOLIC TRAITOR, just like Biden.

give it up with the catholic shit, man

What’s up with Catholic’s? Are you a racist?

no, we just don’t need your hate.

Since when did religion become a race?

It’s a race to God .. you know… leave your coin in the coffer

Typical Liberal. Here you go again with the racist shit again. Your a dumbass!

Care to explain how a religion is somehow considered a race or ethnicity?

Why? Is it not ok to call out hypocrites that are Catholic! You either believe in the faith and live by it or your a hypocrite.

I agree Keith! Too many proclaim to be catholic and proud of it like so many of our lovely politicians but yet they pick and choose which part of the church’s doctrine they will live by. They continually vote for politicians that not only support abortion but donate big bucks to the cause. So which is it, are you a real catholic or not? If you’re really a good catholic, start voting for people with good ethics and morals. Simple, otherwise don’t get offended! Nancy Pelosi is the biggest hypocrite of the Catholic religion I’ve ever seen!! Gavin Newsom as well and on and on….

All of them are Catholic in name only. The American council of Bishop’s are currently discussing how to deny Biden communion.

Scripture is quite clear on salvation into heaven and Nancy and Joe and many others just pick and chose what they want. per pelosi. “we do Gods work”. killing babies and hindering one to freely practice their faith, and belonging to the biggest racist party in history.

God is the ultimate judge. He cannot be voted out. i doubt Nancy can even explain or quote John 3:16. Let God handle the evil ones.

socialism is making the govt your “god”.

ypu can’t take my faith away and ur not getting my guns.

Such a said state of an administration. Godless and anti american. and the dems tell ya to watch CNN. (Fluffy Nadler from NY).

Blessed is the nation where God is Lord Psalm 33:25 (paraphrased)

Nobody in the church hates anyone. You’re horribly misinformed.

You are so misled. No true Christian will hate anybody, but a hypocrite will. A prime example of a Catholic hypocrite is Nancy Pelosi. Just yesterday she said that she would never forgive president Trump. Her lack of forgiveness and love toward another individual shows that she is full of hate. And there is only one place where those with hate will go and that is to hell.

Agree never heard him say he was Catholic EVER

I BELIEVE WALLACE IS JEWISH. NOT THAT IT MATTERS==HE’S STILL A JERK.

It was falsely assumed I believe due to a Catholic marriage in the family.

He is Not Jewish. Having a Jewish father does not make you a Jew. You need a Jewish mother or both parents and Jewish education.

Anyone can listen to Wallace and know he is a Democrat….also a hypocrite!! Biden said a big nothing but far left bs !! He was told exactly what to say!!

Wallace has an extremely high opinion of himself and passionately hates Donald Trump. And the teleprompter tells Biden what to say…without it
he can hardly say a word.

The big black vulture always looming behind him has a mike under its mask whispering in his earbud what to say next. Thats why they are never seen separate.

So is Soros the man pulling Obidens strings.

I believe Wallace is a true Dem…but what does being Jewish have to do with it. Are you anti-Semitic?

I can’t understand the Jewish and DNC relationship either giving the DNC past history against Jews as well as blacks. They still are racist. or most just misinformed. ¯\_(ツ)_/¯

I grew up never being around blacks but when I was I was not prejudiced against them.I worked with blacks and became friends with blacks,then one day the black girl that I traveled w/for our Co.told me that she was prejudice against white ppl bc her Mother worked for a white family.The white family would invite them for Thanksgiving dinner but she wouldn’t attend.

Wikipedia sez: both Wallace’s parents were Jewish. Perhaps his name was anglicized from ‘Wallachinski?’ A highly conservative rabbi mentor deplores that so many Jews have become renegades that endorse secular anti-God causes, like most of those in Congress. He warns against the perennial threat of SOCIALISM.

Chris Wallace is Jewish- not Catholic.

Wallace and Biden cut from same cloth: both wrong for America. Biden has already sold us down the tube to China. Don’t trust either one.

Actually he is married to a Catholic. He is Jewish but so what. I know Catholic bashing is acceptable but why lump him with the phony Catholics like Bide, Pelosi and all the other crazy liberal Communists.

Why do they keep this asshole around? I haven’t watched 1 minute of Fox News since the election. This douche is part of the reason.

Yes you are right, Wallace is a complete idiot!

Wallace is a phony who plays both ends against the middle.