Project Veritas Gets CNN to Admit it on Video 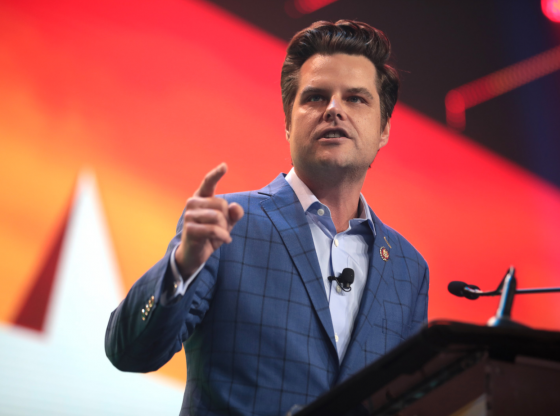 In the secretly recorded video, CNN technical director Charlie Chester is shown admitting that targeting GOP Rep. Matt Gaetz with scandalous stories is ‘on the agenda’ and was the network’s way of attempting to destroy an individual they perceive as being a political enemy.


As The National Pulse reports:

Chester then admits, “So we’re going to keep running these stories to keep hurting him and make it so that it can’t be buried and just like settled outside court just and like, you know, if we keep pushing that, it’s helping us (CNN).”

The news comes one day after CNN published demonstrably false information about Rep. Gaetz soliciting a meeting with President Trump. No meeting was sought, and both parties denied it, but CNN – true to Chester’s words – kept the story on its front page for 24 hours.

“If the agenda say, is to get @mattgaetz right now, he’s like this Republican. He’s a problem for the Democratic Party…So we’re(@CNN) going to keep running these stories to keep hurting him.” pic.twitter.com/6Gjr8R7Eh5

The Three Most Controversial People…

I sure do not ; why waste time on garbage as was just pointed out . Their license to broadcast should be canceled . Enough is enough !

The same sphincters that voted for biden and obama…..NEVER take the mutts lightly.

Surprised? They are apart of the corrupt satanic Nazi democrat propaganda arm!

This is sick, now we have NM gov. tlaib wanting to DO AWAY WITH POLICE, INCARCERATION??? Woman, your CRAZY. First, yes there’s racism in America, but it’s not only whites, as a matter of FACT, blm commits FELONIES EACH TIME THEY RIOT, black supremacists are much, much worse!!! Black people want to get paid for being injured or killed by police, SOME times it’s warranted, most times not!!! You HAVE TO LISTEN TO POLICE COMMANDS NOT ARGUE WITH THEM, most times they are CRIMINALS, LIKE floyd, family got PAID 27 MIL. This is BULLSHIT!!! THESE PEOPLE blm, are criminal animals, they should be deported to a vacant island, and left to DIE!!!

Well, by her own admission, the cop who did the kneeling should be cleared and never go to prison because she wants everyone let out and no cops so why is he on trial?