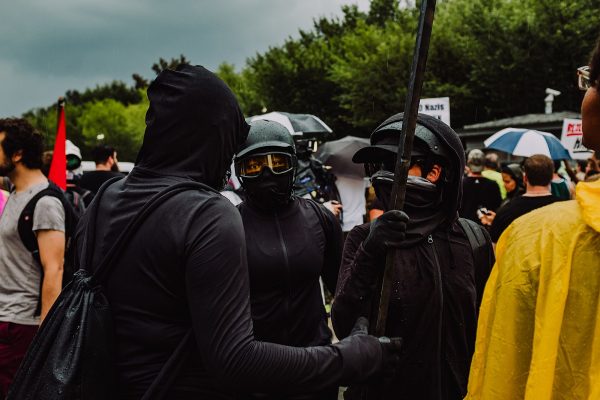 The story of Jeremy Lee Quinn is remarkable: he was a freelance photographer who decided to investigate the radical ‘Black Lives Matter’ movement. But he didn’t do so from a right-wing or conservative viewpoint, in fact, he was initially quite sympathetic even to some of the more radical goals of the groups involved.

But when he finally began his on the ground reporting what he found shocked even him: a radical movement comprised of anarchists who were highly organized and sought to use protests over police brutality to advance their own insane ends.


His journey began at the end of May when he began photographing a shoe store that was being looted during a “peaceful protest” in Santa Monica, California. What he observed was truly strange: instead of the random looting one would have expected during such an event, he instead saw a group of men dressed in all black acting as ‘supervisors’ for the events. Men who themselves broke windows but never seemed to take anything, almost as if they were preparing the store to be looted.

Soon Quinn began noticing similar patterns from footage of riots and looting across the country.

The Video Man. Here. you know, when the Black guys are saying "This is not what it is." But the white guys are taking over. #minneapolisriots #BLMprotest #BLM #3rdprecinct pic.twitter.com/kt4N4h38Ih

Quinn then decided to start dressing like the Anarchists and march with them in cities across the country, stating that he was initially very sympathetic to some of their more insane ideas: like creating a society free of all ‘hierarchy.’

What he found was not a spontaneous protest movement or a group that was ‘just an idea’ as Joe Biden falsely claimed during his debate with President Trump, instead he discovered a well-organized movement that was strategically set up to spread maximum chaos and drive media coverage.

A shocking new report from Rutgers University verifies many of Quinn’s findings. It found that: “systematic, online mobilization of violence that was planned, coordinated (in real-time) and celebrated by explicitly violent anarcho-socialist networks that rode on the coattails of peaceful protest.”

In addition, The New York Times, usually no fan of Conservatives which has published a plethora of articles attempting to excuse and condone the behavior of Antifa radicals and protestors alike profiled Quinn’s work in a recent piece.

So much then for the mainstream media narrative that the protests were ‘mostly peaceful’ or that Antifa is “just an idea.”

BLM and antifa flaunt the fact that are Marxists, socialists and/or communists. The do want to destroy our Republic, which was the first to win her freedom through revolution. There are a myriad of ways to work for implementing change, but violence, looting and defacing public property are NOT acceptable. Anyone caught doing any of these acts should be arrested and prosecuted to the fullest extent. These groups should be treated as any other terrorist group.