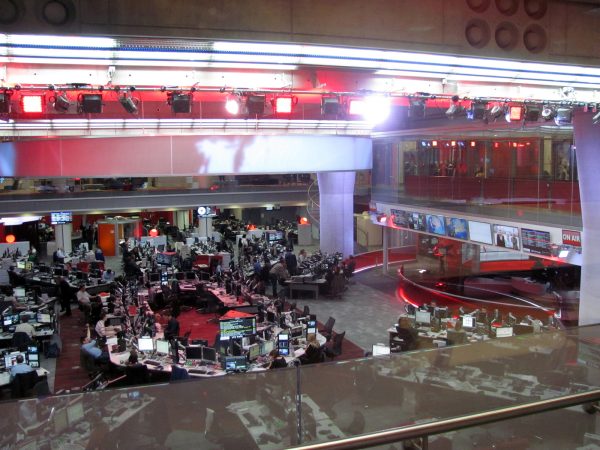 Cain’s debut will come August 15. He joins Jedediah Bila and Pete Hegseth on the curvy couch. (The Hill)

“I am excited to join the team at FOX & Friends Weekend and look forward to building upon my experience in sports, news and politics on the number one morning show in the country,” Cain, also a former CNN political analyst, said in a statement.

“Fox & Friends Weekend” has rotated in a third co-host since Tucker Carlson moved to primetime in 2016.

“Will has a unique ability to connect with an audience on a wide variety of topics and will make an excellent addition to the FOX & Friends franchise,” said Fox News vice president of morning programming Gavin Hadden in the announcement.

Cain most recently hosted his weekday ESPN radio program “The Will Cain Show” and appeared as a frequent panelist on the ESPN sports debate program “First Take.”

Do you think Cain will make an excellent addition to one of Fox News’ most popular shows? Who else would you like to see join Fox? As always, share your thoughts with us below!

There are still a few credible folks at FOX, but I’ve switched to watching One America News Network (OAN) on DIRECTV channel 347. They are online too.

Me too. The only news I watch.

Bob, when did Direct TV approve OANN broadcast services? 2 years ago I turned down Direct TV for discriminating against OANN. I talked to the Manager of Direct TV an he told me they were considering adding them on but could not tell me when. I decided not to subscribe with Direct TV at the time. Now I just might consider them if the NFL comes back this season and they offer the NFL package in the past.

i agree with you. OANN give news and not opinions. FOX has changed into nearly CNN and even on weekend, that jedadiah bila hates our president. i’m beyond sick of the bias and it’s refreshing to get away from 24/7 ad nauseum lambasting coverage and lies spewed from the DNC/MSM. for me on FOX, tucker mostly, sean, laura, and sometimes fox and friends. but j. bila on weekends no more. i saw a post of hers re trump, and that did it for me. never a fan anyway.

Congratulations Will Cain! I look forward to seeing him every weekend on Fox and Friends! This is a great addition!

I agree with all of you. Ris Wallace brings on a propaganda outlet like cnn or msnbc.

I agree One Thousnad Percent buddy.

Chris Wallace should be gone. Donna Brazille is hard to take
Juan Williams’ face contorts with hatred for Trump. Fox News will continue to loose viewers if changes aren’t made.

I so agree Rita. About all I watch on Fox is Tucker, Hannity and Laura. Also the Fox Business chanel (especially Lou Dobbs.)

Juan makes me miss Bob Beckel. I can take Donna over Juan any day.