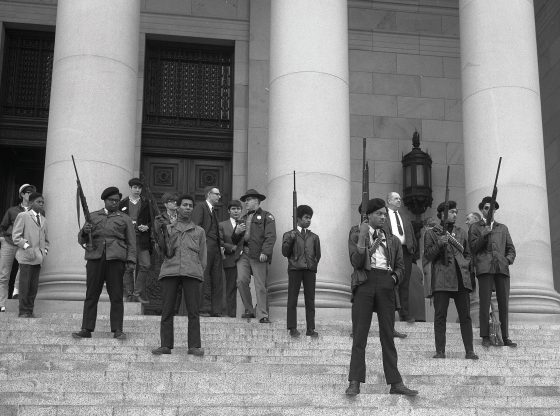 While partisans, ideologues and the media fixate on the threat of ‘White Supremacists,’ or other right wing ‘extremists,’ they thoroughly ignore the fact that the potentially largest armed militia in the country is on the Left, and it is Black.

The ‘Not F—ing Around Coalition’ (NFAC), led by John Fitzgerald Johnson (AKA Grandmaster Jay) grew dramatically during the violent anti-police protests and riots of 2020.

Led by NFAC, Johnson said in an interview, Black America should create its own nation – a nation within a nation – that could sue the United States government for reparations.

American Defense News (ADN) reported on NFAC most recently in June 2021 at the height of the frenzied Biden response to tracking down unarmed rioters that assaulted the Capitol on January 6. ADN sarcastically noted in 2020 that:

Thanks to sophisticated surveillance performed by undercover agents (aka: news reporters), the Not F-ing Around Coalition (NFAC) militia was found brazenly brandishing their assault weapons in public. This frightening extremist group included over one thousand (1,000) members clad in all black tactical uniforms and gear.

While not connected to the Capitol Riot in any way, to date this is the only ‘extremist’ militia group identified by federal law enforcement found training in military formation with assault weapons by the exhaustive Biden DOJ drag net.

Now it seems others are noticing. In an October 8, 2021 report by thetrace .org (in conjunction with USA Today), their piece is titled: ‘Black People Formed One of the Largest Militias in the U.S.”

The report referred to a July 2020 event in Louisville, Kentucky, where this black militia group descended on the city:

A phalanx of hundreds of Black men and women, all clad in black, marched through downtown. Some wore body armor, others had gas masks. They wore pistols on their belts and carried shotguns and AR-15-style rifles.

It was the latest rally of the Not Fucking Around Coalition, an armed group that says it’s dedicated to protecting Black lives from police brutality. And it got the attention of experts who track extremist movements.

“It was the biggest public display by an armed militia I have ever seen,” said J.J. MacNab, a fellow at George Washington University’s Program on Extremism who has studied the militia movement for 25 years. “Nobody was expecting that.”

In online videos, Grandmaster Jay, who has been other-than-honorably discharged from the military twice (both times in lieu of facing a court-martial), has called for his followers to meet police and white violence with violence. Referring to police officers, the NFAC leader issued a threat:

He also called on his followers to “burn Louisville down” if the officers who mistakenly killed Breona Taylor in a botched warrant raid weren’t arrested within four weeks.

And the feds finally responded.

Grandmaster Jay had been charged with “assaulting, resisting or impeding” officers while brandishing a firearm for an incident in September 2020 when Grandmaster Jay aimed his rifle at a group of officers conducting surveillance on a rooftop. He faces three to 27 years in prison if convicted of the charges.

The Justice Department has also muzzled his ability to use social media to spread his militant message, similar to ways the January 6 rioters have been silenced by court-mandated gag orders.

Despite attempts to spin this prosecution as racially motivated, experts in militia movements say there’s no evidence Grandmaster Jay is being singled out. Instead, federal prosecutors saw an opportunity to target a potentially dangerous group, and they acted, just as white militia groups across the country have been infiltrated, investigated, and prosecuted dozens of times.

As thetrace report noted: “Mary McCord, executive director of the Institute for Constitutional Advocacy and Protection at Georgetown Law Center, agreed that the feds have [also] thrown the book at white militia members who have faced off against law enforcement.”

It is time to realize that armed militant groups are not always white, and the Justice Department will hopefully continue to treat all ‘extremist’ groups in America equally.

House to Vote Wednesday on… 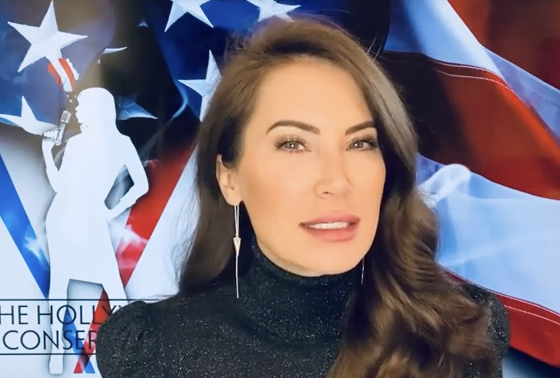 While it would certainly be Ugly for a time, it WOULD be the END of these right out o’ Hell hooligans once and for all. They represent 13/14% of the population. If they want to see what it’s like to encounter a tsunami, with FAR more weaponry and firepower than they could ever even Imagine with their pea-sized brains…. then so be it.

Don’t be fooled . Blacks are very well armed and they have been carrying on Urban Warfare for years

Mostly on other blacks, a win win!! Nearly 10,000 black on black homicides since their hero st. floyd OD on fentanyl during the commission of yet another felony!

👍 And there CAN BE Millions more to join that piece of shit if they so choose.
JUST LIGHT OUR FUSE. WE ARE READY., BELIEVE ME.

No doubt…. but they will be Outnumbered 5 or 6 to 1. NO CONTEST!, I Assure you.
And Sad but TRUE, there is a TREMENDOUS Amount of absolute RAGE and HATE on the White side, too.
WE HAVE TAKEN ALL WE’RE GOING TO TAKE.
THEY WILL DESTROY LIFE MO MORE.

Pea-sized brains within toilet scrubbing casings. Aunt Jemimah would have been ashamed…

Definition of militia
1
a
: a part of the organized armed forces of a country liable to call only in emergency
The militia was called to quell the riot.
b
: a body of citizens organized for military service
2
: the whole body of able-bodied male citizens declared by law as being subject to call to military service

Therefore using the terminology “militia” in reference to the groups you described is inaccurate.

Rebels or terrorists would be more accurate.

Just go to Liberia these terrorists are going to start a Race War screw them.

We will finish it. Bring it on

You will never finish it unless you take out the Head of the Snake, which is the Democratic Party! The Arm, Finance, and Protect these Groups!

AGREE. It is Time to END giving EVIL a platform! The ONLY thing EVIL deserves is
TOTAL ANNIHILATION! WIPE IT OUT.
If we do NOT___THAT___ is Precisely WHAT Evil WILL do to Us. We’ve put up with this SHIT for Far Too Long!!!!!!!!!!

No FREE STUFF in Liberia!